CAST-IRON SIGNS along the Thames path point towards Rainham Village, which sounds like estate-agentese for the small Essex town with its parade of shops, two quite good greasy spoon cafes and a reptile specialist called 'Cold Blooded'. The town proper is about a mile north of the estuary. Between them lies the A13, surviving scraps of the Rainham Marshes, and industrial estates.

The older industrial estates are to the east of Ferry Lane and have dusty potholed roads, scrapyards and piles of wooden pallets. Alongside the Thames is a more recent addition to the economy: the Easter Industrial Park. Its buildings are simple box shapes faced with grey cladding. White metal fences with sliding gates surround it all, making the complex look like a psychiatric prison. There are few clues as to what goes on inside.

When I visited on a Sunday, an alarm was sounding at the corner of one of the grey boxes. It went on for as long as I was there, perhaps half an hour. Nobody came to investigate. Compared to this colourless, inscrutable place it felt better to see the weathered signage of the Tilda rice factory immediately to the east. Work seems to go on there round the clock: humming and rattling, conveyers clanking high overhead, an electronic beeping heard intermittently from somewhere inside.

The Thames path goes only a short distance west from Rainham before it reaches a dead end. Beyond that, the Ford Dagenham car plant makes a formidable barrier to walkers, and the path only resumes near Horse Shoe Corner south of Barking. But heading east you can walk nearly as far as the Tilbury docks – doable over a long day.

Immediately beyond the Tilda factory is a small inlet serving as a graveyard for about a dozen or more ferroconcrete barges. They date to the Second World War when they were used for carrying petrol. In the 1950s they fell out of use and were left to settle in the Thames mud. David Bullock's Concrete Barges website has more information about them, and is a nice example of the internet's golden early years. 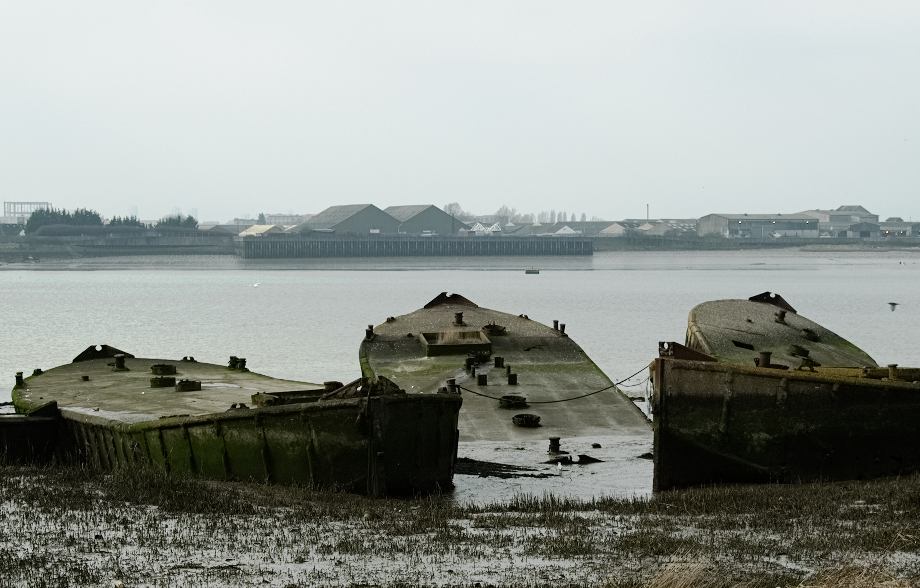 The barges have resonant properties which change depending on the height of the tide, but these have to be evoked by people striking them in some way, as the Bow Gamelan Ensemble did in 1986. I've listened out during high tide when the Thames has been choppy and wash from passing ships beats at the sides of the barges, but they didn't make any sound then. In the early afternoon flocks of birds like to perch on the barges, and in turn local birdwatchers come to inspect them. One of them explained to me how he and his friends used to play on the barges as children. They'd take turns jumping off into the river, but once he ended up in the mud, sinking down as far as his waist, and had to be hauled out. 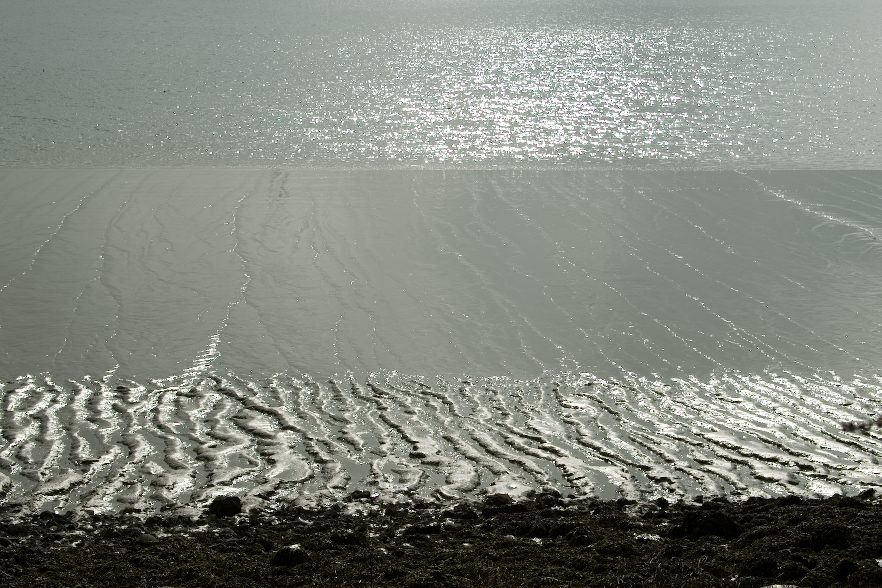 Nearly everyone you pass returns a 'hello' or 'good morning', and some people are quite happy to stop and chat. Officially Rainham is in London but, really, this is Essex.