RICH PEOPLE'S enclaves in London can tend either towards a feminine character, as with the well-established ones around Sloane Square and Kensington, or a masculine feel that's more common in newer developments. Chelsea Harbour belongs to the second category.

The architecture is of the forward-shoving 1980s, like the earlier parts of the Canary Wharf development or Marco Polo House at Battersea, once the headquarters of the QVC home shopping channel and now demolished. The central feature of a yacht marina suggests Chelsea Harbour was intended for residents who'd reached the point where they had some time on their hands, unlike those still scrambling on the way up.

Others, like Robbie Williams, sought the kind of seclusion which a town house couldn't provide. Like a real working harbour, the development offers the promise of safety from the stormy intrusions of the outside world. Perhaps this was part of its appeal for Tom Stoppard too, whose conservative views would have put him at odds with the left-leaning inhabitants of the literary neighbourhoods of Primrose Hill and Hampstead. The presence of Michael Caine was simply a gift for the captains of sight-seeing boats, who could tell their passengers that he lived there, before adding: 'Not a lot of people know that'.

Chelsea Harbour today looks dated with its postmodern broken pediments at the tops of buildings. The ghost of Don Johnson from Miami Vice is always somewhere nearby, jacket sleeves rolled up. The yachts and speedboats don't seem to be going anywhere in a hurry, as if they're now more like floating garden sheds for men to spend time alone in. Traffic to and from the London Heliport at Battersea clatters loudly overhead.

It's plain how the area is still slowly being refashioned once you get away from the immediate surroundings of the Harbour. Building work was going on alongside Chelsea Creek when I visited, pictured below with Chelsea Bridge and the Shard in the distance. Also visible is the silvery bulk of the Albion Riverside flats plonked down in Battersea like one of Chris Foss's airbrushed spaceships on a 1970s sci-fi paperback cover. 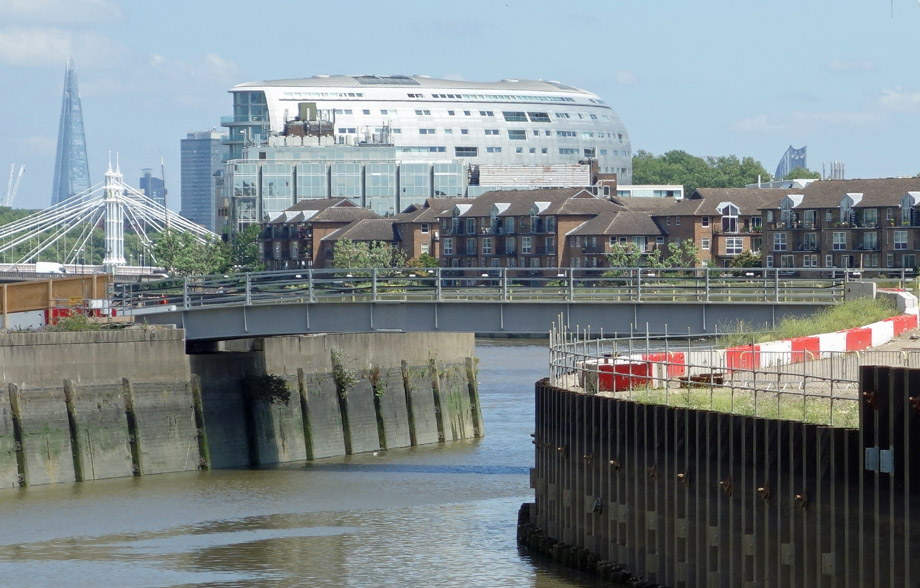 The building of Chelsea Harbour in the 1980s was an early sign of the changes which are still transforming the Thames east of Hammersmith Bridge into an expensive residential backdrop. Charles Booth's Poverty Map of 1898–99 shows the earlier industrial landscape of the area. Visible are the gas works and the coal depot, later taken over by British Rail. Not yet to be seen is Lots Road power station, which began to be built in 1902 and eventually supplied electricity to the tube network. Booth's colour-coded class system shows how he classified the nearby households as ranging from Lowest class (black) through the blues of Very poor and Poor to Some comfortable, others poor and Good ordinary earnings (dark and light red) . 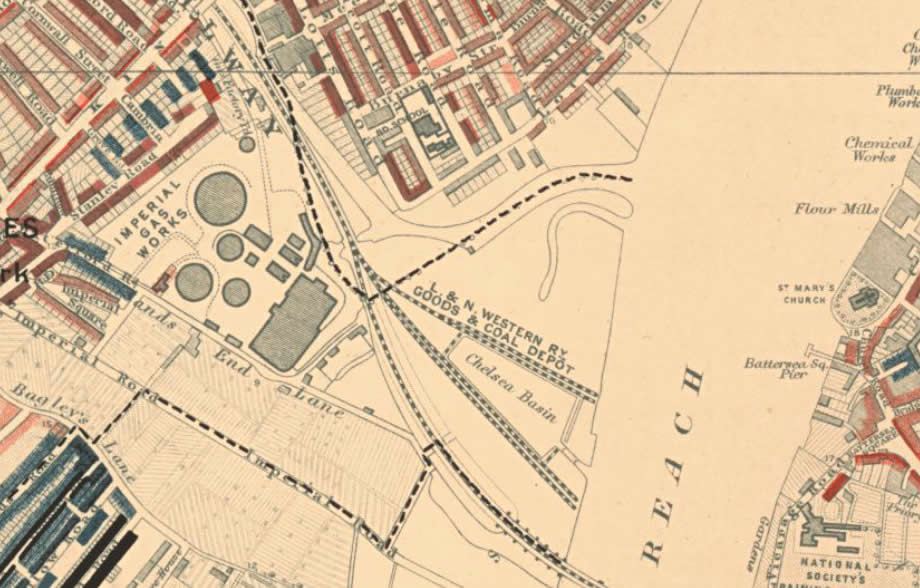 By the early 1980s, the site of Chelsea Harbour shared the same derelict aspect which had appeared along the Thames in parts of the Upper Pool and further east. With the kind permission of the archivists of the Royal Borough of Kensington and Chelsea I'm able to reproduce two photographs from those times. The first was taken in 1983 by Bernard Selwyn and gives an unobstructed view to the Lots Road power station and beyond. 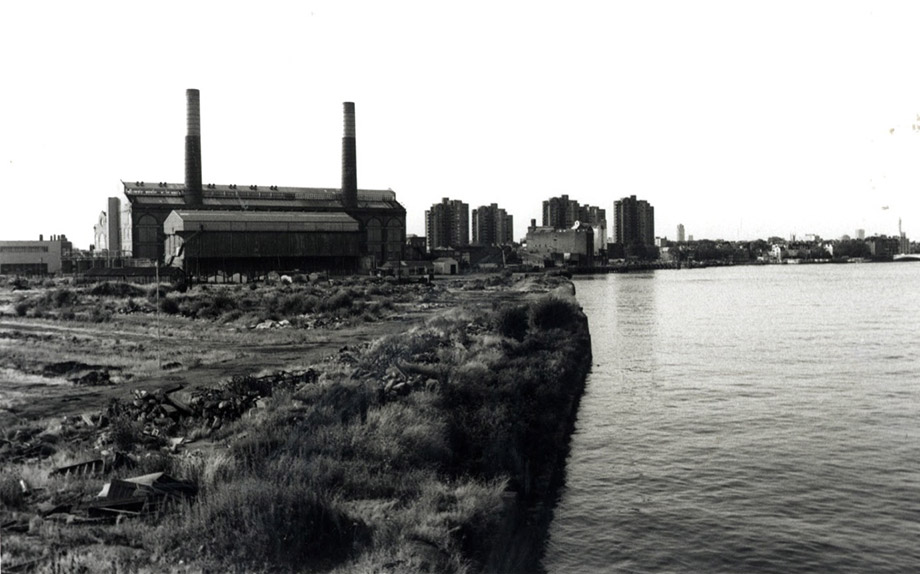 The second dates to 1972 and shows the state of the land around Chelsea Creek, with the Imperial Gas Works to the north. It was taken by John Rogers. Reproduced by kind permission of the Royal Borough of Kensington and Chelsea.

Many more photographs from around that area and elsewhere in the borough can be found on the excellent Library Time Machine blog run by Dave Walker, the borough's Local Studies Librarian.

After wandering around Lots Road, seeing which buildings I still recognised, I returned to the marina. On Chelsea Harbour Drive a youth revved the engine of a silver open-topped Ferrari, grinning and laughing with delight. A heavily-built man in a dark suit stood close by on the pavement and watched impassively.

Further along, another man was pacing around as he smoked by a plain-looking side door, the kind meant for staff access. I guessed him to be a building manager or something similar and asked him what it was like working in the Harbour. It wasn't bad, things were quiet, he didn't see much of the residents. He swept his cigarette through an arc to indicate everything: "This place isn't really like being in London though."