SETTLEMENT AND INDUSTRIALISATION came quite late to the Greenwich peninsula and much of it still has the look of a work in progress. Booth's Poverty Map, compiled at the end of the 19th century, shows a scattering of iron foundries and boat yards along its western side, beyond which are the blank expanses of Bugsby's Marshes. Nearly a century earlier, the Ordnance Survey First Series marked the presence of only a solitary brickfield.

Foreshore scavenging around there might not seem a very promising activity, and the view down from the Thames Path often presents expanses of what looks like builders' waste: London bricks eroded into nubby shapes, broken timber balks, rough bits of concrete – the last resting-place of industry. But, of course, the river moves things around, and you have to search patiently among the debris. One person who has been doing that is Nicola White, a modern-day mudlark who I met and interviewed on the west side of the peninsula.

Her collection of several dozen messages-in-bottles is probably unique. Below is Nicola's photo of two such messages. There's something affecting about their kindly and slightly intimate tone, with single recipients being hailed across unknown intervals and distances, Such an act requires a sense of perspective through which the sender acknowledges their smallness and temporary presence in world. This is quite different from the attention-seeking made possible by the immediacy social media. 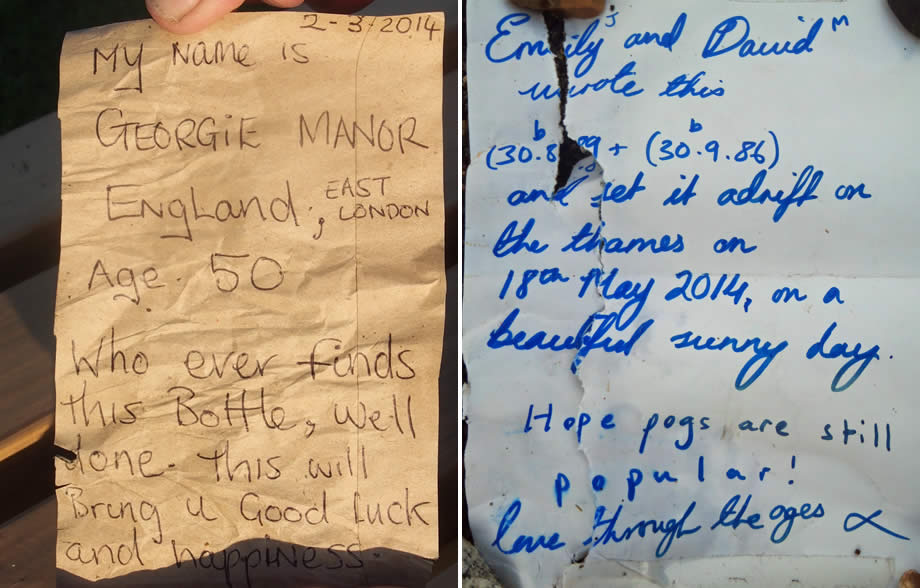 This probably can't be proved, but I'm pretty sure that more messages are cast onto the waters than buried below ground like time capsules. Burying suggests finality, whereas drifting out to sea means being lost, an uncertain fate.

The Thames offers the possibility of both through falling in and then eventually being buried in the ooze by natural action. Below is a human jawbone, several centuries old, which Nicola found on the foreshore. Any human remains, no matter how old they appear, have to be reported to the police.

It's black from many years of being interred in Thames mud. Over time, bones take on the colour of the surrounding soil, clay or mud. It's the body's final adaptation to its particular surroundings, after the London soot that would worked its way into the lungs or the minerals from the local drinking supply that might have left traces in tooth enamel. 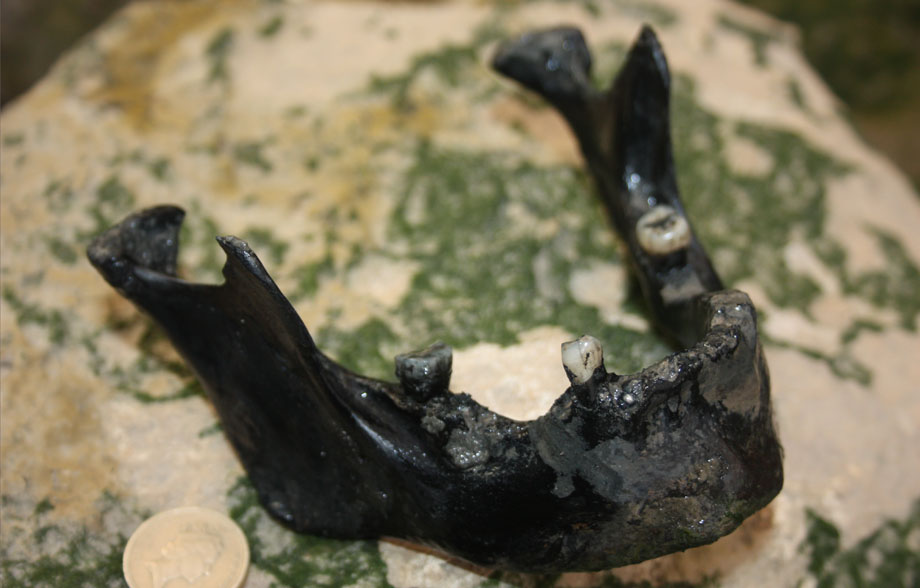 Finding an object that might be of monetary or sentimental value invites speculation, especially if it's a ring. Did it slip off someone's finger by accident? Or was it thrown in on purpose and what memories were meant to go with it? 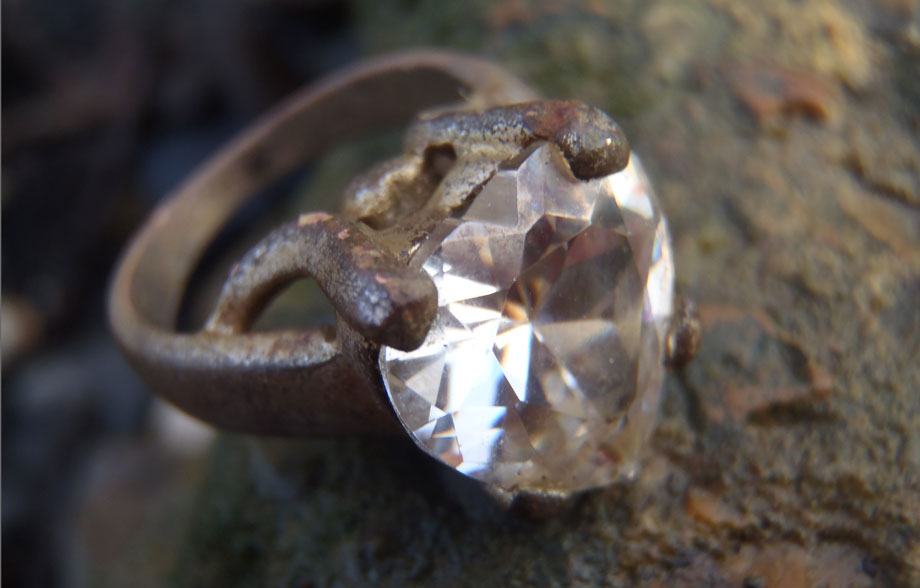 Read more about Nicola White's finds, their histories, the art she makes from many of them, and much else on her Tideline Art website.