THIS IS Tilbury. A grey, desolate place with an evil stench of violence. Where local skinheads roam the docklands like cropped rats.

So claimed a Sun newspaper article from August 1980 titled 'Aggro Britain'. Among the shock and amazement of the busy double-page spread was a photo of the Tilbury Trojan Skins, showing eight grinning lads described as a bragging, brawling bunch. Their media careers continued in 1982 when they got themselves parts as extras in the Pink Floyd film The Wall.

Tilbury didn't look particularly desolate to me when I first visited many years ago, just a close-knit working-class community like a mining village, complete with its own brass band . The port had done well out of containerisation, becoming one of Britain's three main container ports alongside Felixstowe and Southampton. A new phase of expansion is planned with an application to build Britain's biggest warehouse at nearly a quarter of a mile across.

Like all sizeable docks in this country there's no public access, so the recording on this page was made from the opposite side of the estuary. Immediately to the east of the docks is the London Cruise Terminal where ships like the Magellan, Crystal Symphony and Marco Polo call, averaging about two or three a week during the summer months. It was also where the Empire Windrush arrived in June 1948 with 492 Caribbean immigrants looking for a new life. Nearby a small ferry goes to Gravesend just as it has done since at least the 16th century.

Beyond that, past the World's End pub, is the old star-shaped Tilbury Fort set among some remaining scraps of marshland. These have been tidied up fairly recently. Before then, they occasionally had joyridden cars dumped on them and were grazed by barrel-bellied ponies that would approach anyone crossing the rough ground, hoping to be fed. Gone too is the Victorian rubbish dump which lay east of Tilbury B power station and where you could dig up old bottles and occasionally the glazed lids from pots of bear grease. Some kind of tough, fast-growing shrub has since been planted across the site.

Few people have had reason to come out this far except the young. Seclusion combined with the long canvas of the power station's concrete fence have meant grafitti of a generally good standard, properly daubed with brushes and pots of paint rather than spraycans. These examples are now of the same vintage as the Tilbury Trojan Skins.

If the kids were united is taken from a song of almost the same title by Sham 69. I presume that's Mickey giving us the finger rather than airing his genitals. 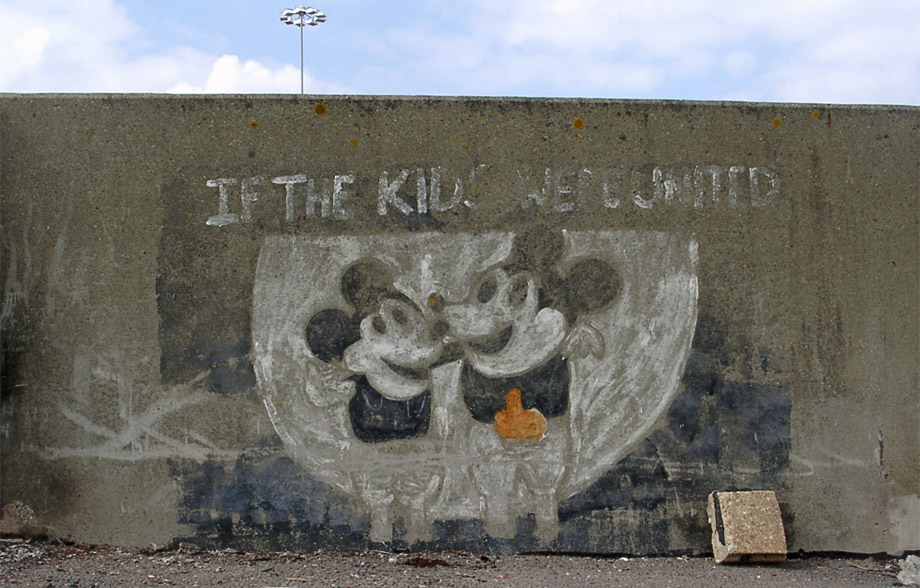 Lyrics from the Jam's song Saturday's Kids which appeared on the Setting Sons album released in 1979. 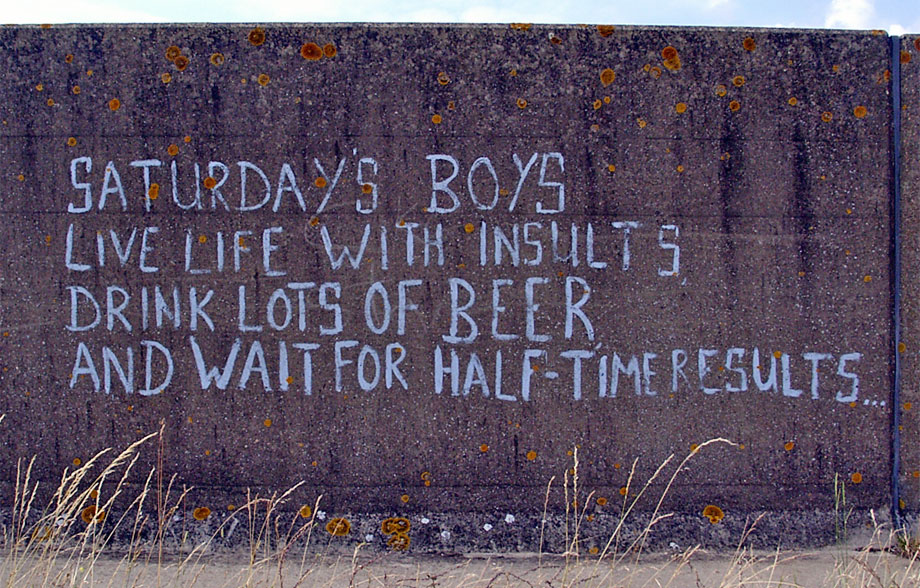 This is one of two tributes to Roy Lichtenstein. The other one shows the part of Whaam! with the jet fighter being hit. 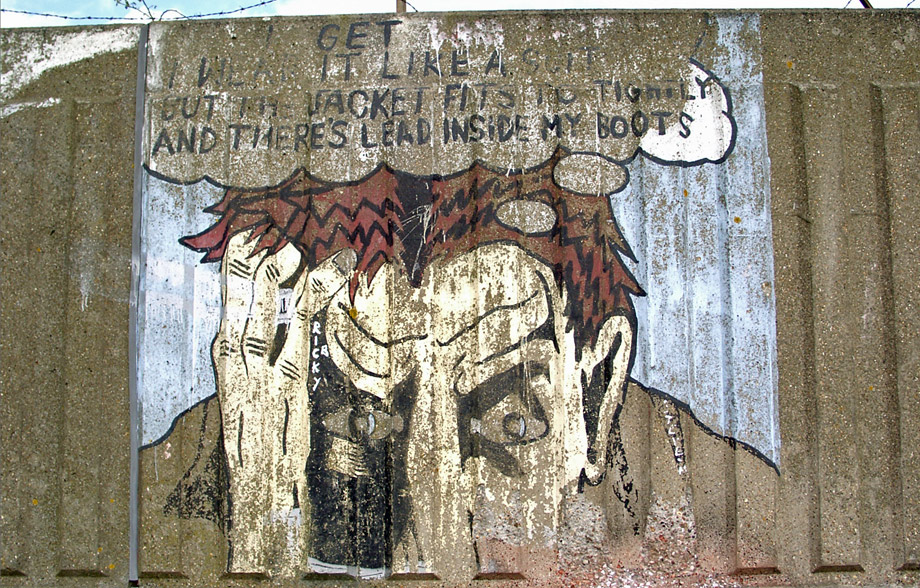 A forlorn message on the river wall with Gravesend in the distance. 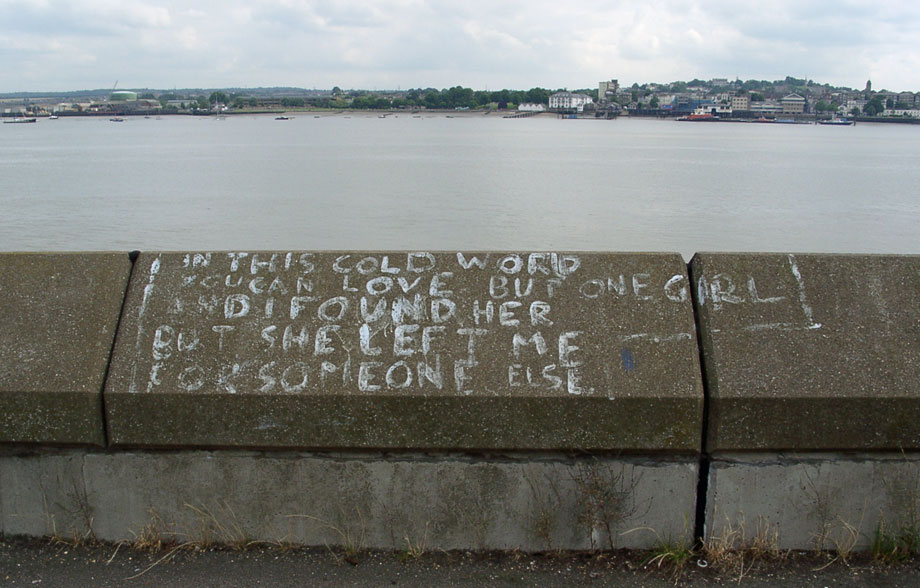 The power station itself is due to be demolished and that's how these traces of a past youth culture will eventually be rubbed out.