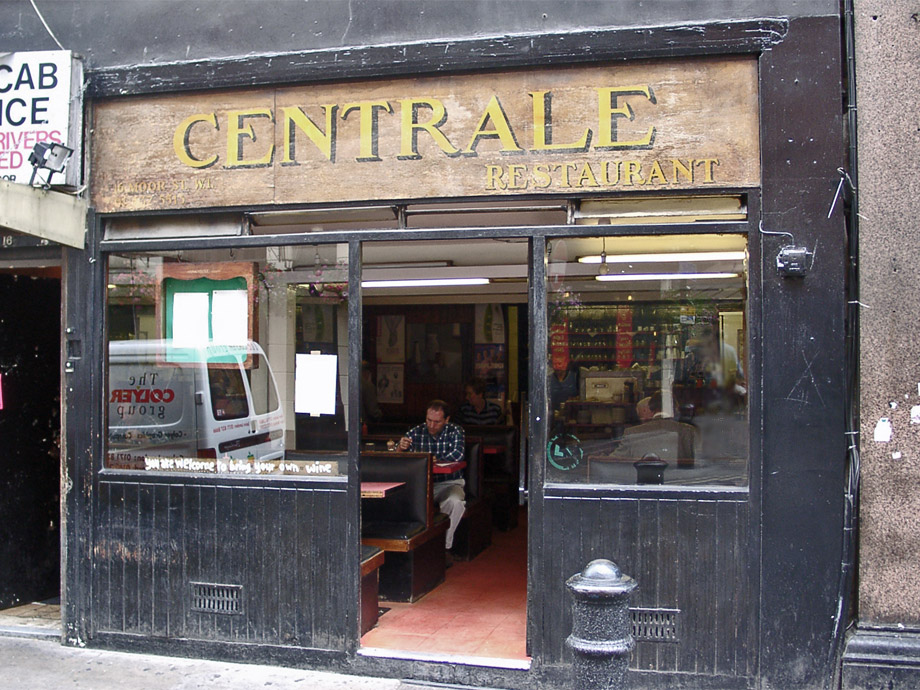 In Western culture, female figures often symbolise nation-states or ideals such as liberty and justice. London’s West End would be better represented by a statue of a man complete with welcoming grin and outstretched arms: the hugger mugger. Paul Day, responsible for the embarrassing sculpture in St Pancras station of a pair of lovestruck Martian office workers, should definitely get the commission.

Londoners familiar with the West End treasure those small oases which offer respite from the area’s many overpriced disappointments and general in-a-hurry unfriendliness. My favourite was the Centrale Restaurant which stood on the north side of Moor Street near Cambridge Circus. This was run by a mother-and-daughter team whose surname I wrote down at the time in a notebook and subsequently lost – I think it was Mollinari. Both had a worldly unflappable air about them. Pictured below is their chef looking relaxed in his domain. 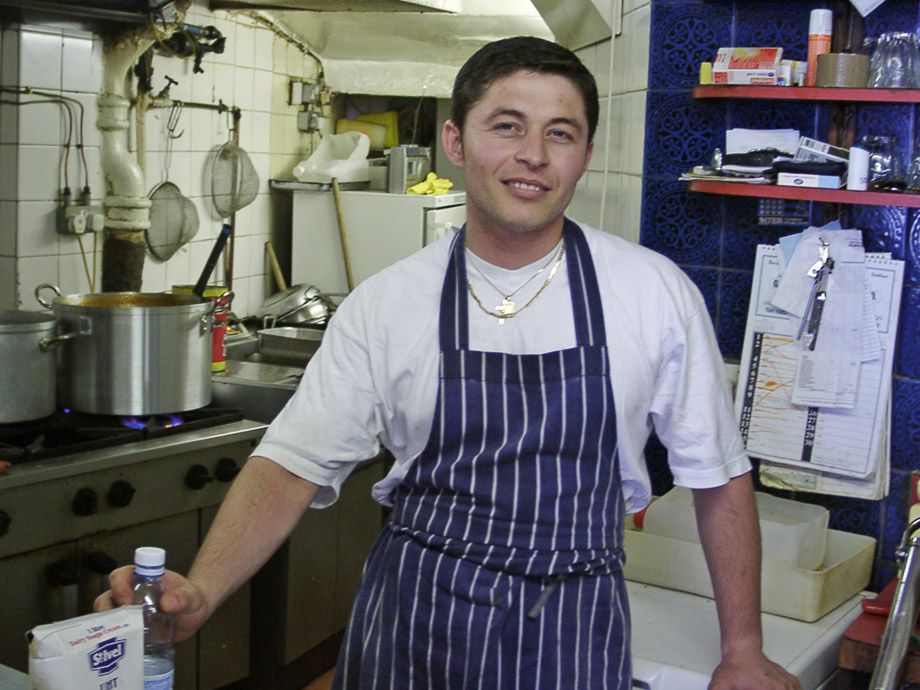 The Centrale was quite small inside with a worn pew-style vinyl seating and narrow tables topped with red formica. The cafe could get very busy and a common ritual was that of having to get up out of your seat so other diners could squeeze in past. This enforced closeness meant that strangers sometimes ended up exchanging pleasantries or even getting into more lengthy conversations, remarkable as this may seem in London. The floor was lino, the walls had a dark brown wood-effect finish. A sympathetic patina of age and use overlaid everything. 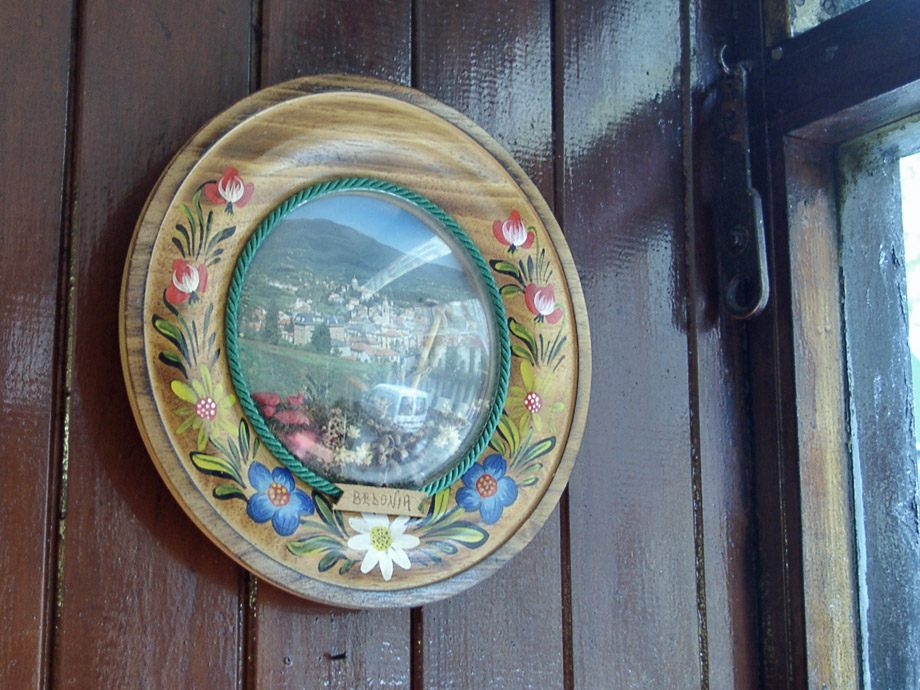 The menu never changed. There were omelettes, gammon steaks, things which looked like shnitzels, and pasta and gnocchi dishes. The basic sauce for the latter was quite creamy with a delicious savoury edge that might have come from capers. I should have asked for the recipe, but this was probably a closely kept secret. The portions were very generous and Centrale must surely have kept some of its poorer clientele away from the precipice of outright malnutrition. 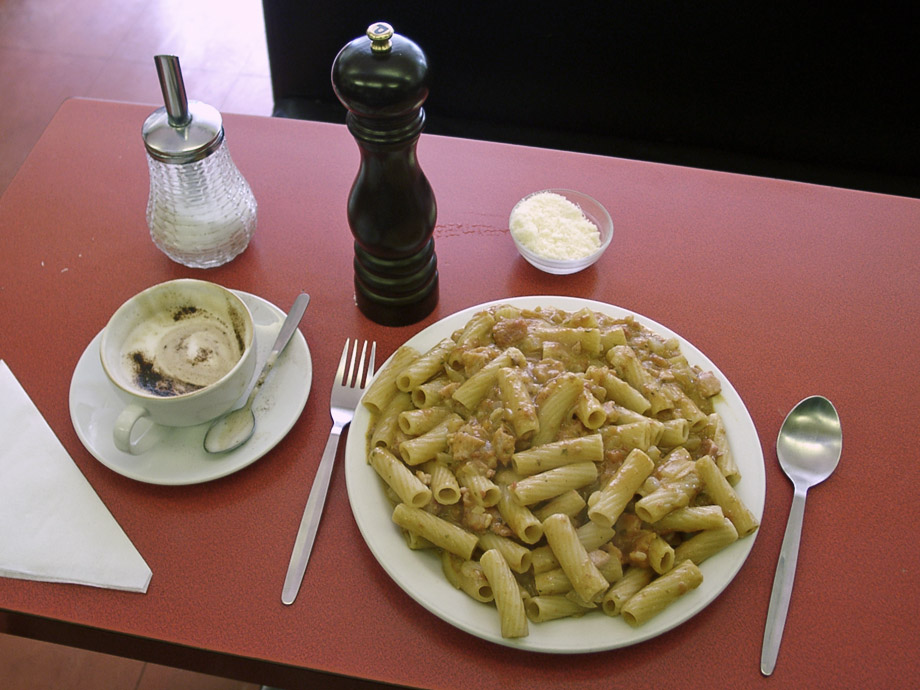 Centrale closed a few years ago. Shortly before this happened, one of the women told me they were going to move to new premises in Soho and handed me a business card with the address on. It was somewhere towards the west side of Soho, perhaps Beak Street. But nothing came of this and Centrale shut for good to be replaced by a hotel.