LAST WEEK I was in Kingston-upon-Thames and noticed this explanatory plaque by the Clattern Bridge on the High Street: 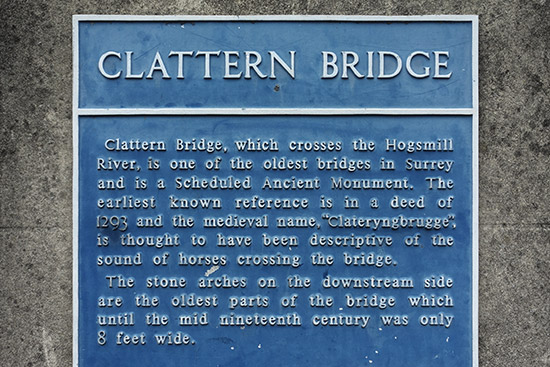 On the north side of the bridge there’s a doorway which leads to a flight of steps going down to a path. The path runs a short distance alongside the Hogsmill river to where it joins the Thames. 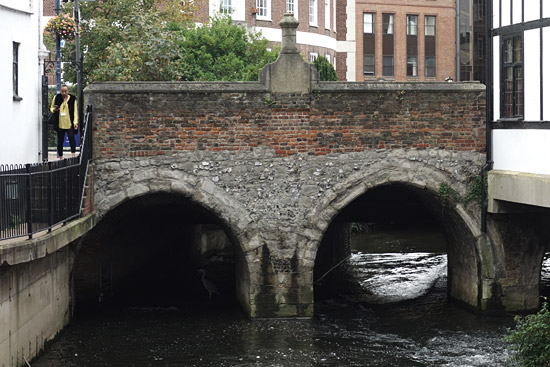 The Clattern Bridge is likely London’s oldest bridge: Wikipedia claims the current structure was built around 1175, the Londonist says 1293 – I don’t know who’s right. The bridge is still a noisy place with all the traffic of the High Street, a wavering hum of activity rather than the percussive racket of iron-rimmed wheels and horseshoes. One bridge I’ve recorded under still does clatter:

Like the Clattern Bridge, many placenames have humble, straightforward origins: School Road, Drove Road, Cow Lane, Gas Alley. You might expect there to be more bridges with noisy names, and there is indeed a Clatterin Brig in Scotland, about halfway between Dundee and Aberdeen. It gives its name to a Scottish country dance.

In Cumbria there is the Clatter Beck, crossed by Clatter Beck Bridge. It has a stony bed, so perhaps gets its name from the sound of turbulent water. This photograph of Clatter Beck was taken by David Brown and reproduced on Geograph as a Creative Commons-licensed image. 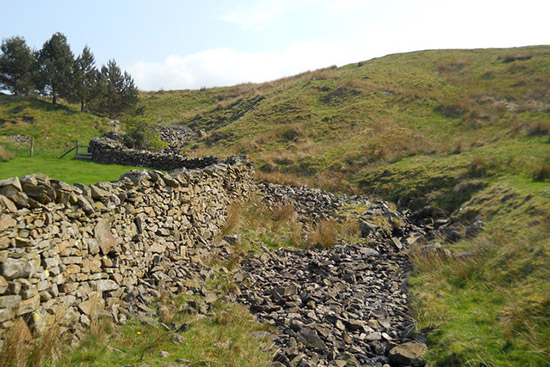 Just before it reaches Kingston, the Hogsmill passes by a sewage works, a football ground and a cemetery; the sort of mosaic of land which appeals to crows and their relatives. The calls of jackdaws are noticeable, and the collective noun for these birds is a clattering.