HERE’S A summary of the most recent additions to the Street Cries of the World section on the London Sound Survey. It now contains digitisations of around 110 different books, musical scores, magazine articles and other publications, meaning it will soon surpass the street cries materials available on the subscription-only website London Low Life. I believe access to historical literature about street life should be freely available to everyone, not just students and academics.

From 1806 there is Darton’s London Cries for Children, published at Holborn Hill in London. 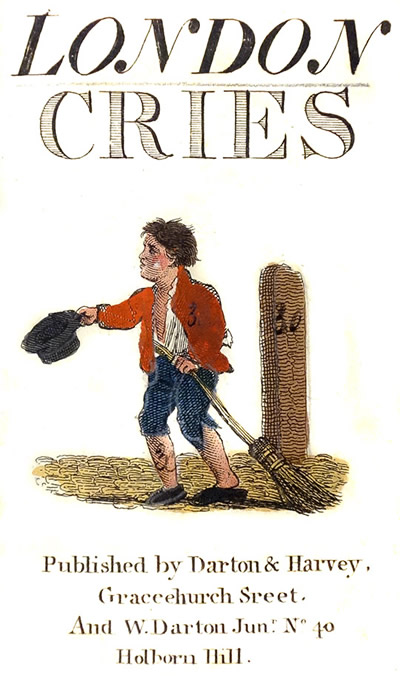 The illustrations were individually hand-coloured after printing, and the work looks crude and slapdash as though done in haste for very low piece-rates. It may even be that children were employed to do this. A few years later, the book was republished in the United States. The text remained almost identical, but uncoloured engravings of a better quality were used. 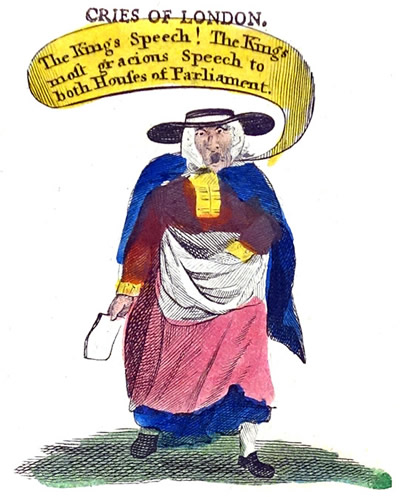 Individual actors in the theatre of London street life are prominent in Portraits of Curious Characters in London published in 1814. It seems to be aimed at adult readers since it lacks the close moral instruction found in children’s chapbooks. Below is Roger Smith, a Norfolk weaver who had to abandon his trade due to illness. He moved to London where he made a living in the streets by ringing hand-bells. 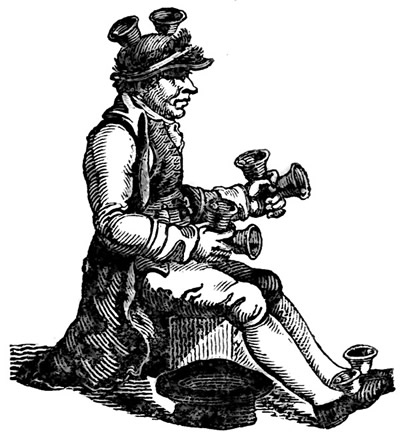 The engravings are of quite good quality for what was probably intended as an ephemeral stocking-filler of a book. The descriptions of the various beggars and eccentrics are generally sympathetic. Ann Johnson, the Holborn lace-weaver, is introduced as ‘a poor industrious widow, cleanly, sober, and decent, inoffensive and honest, and quite blind.’

Der Ausruf in Hamburg is the first and, to date, only example here of street cries literature from Germany. It was compiled by Christoffer von Suhr and published in 1808. 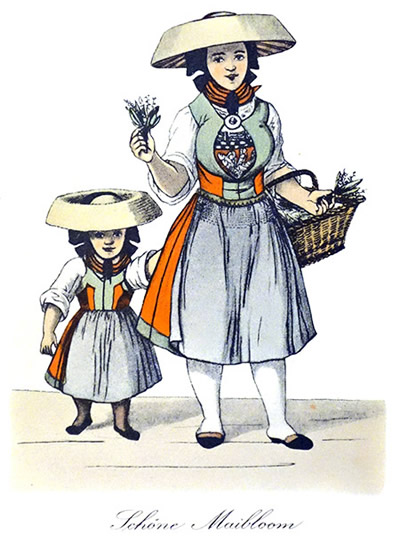 The illustrations are of good quality and online you can find single framed pages for sale. The original series had 120 illustrations, but a cut-down version of just 38 was republished in Germany in 1938, and it’s that which has been scanned and reproduced here. Facsimiles of the original set can be bought but they’re expensive. It would be interesting to see which ones were left out of the 1938 addition, and whether those choices reflected an accommodation to Nazi ideology, for example by excluding pictures of Jews or gypsies. 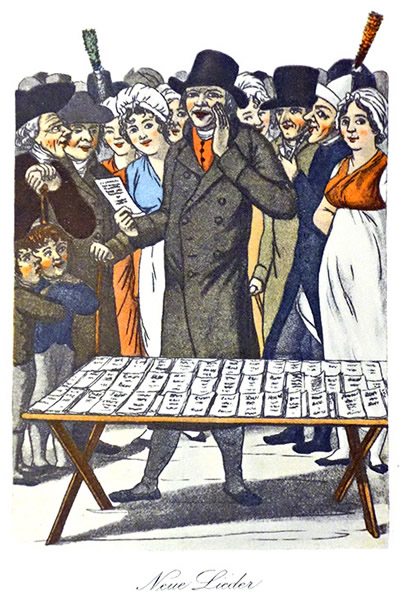