Sounds of the London Loop

IN JULY this year I began making recordings along the London Loop footpath, which runs around the outskirts of the city for 150 miles. The first recording was by Church Wood in Cockfosters, north London, and from there I followed the Loop clockwise, finishing in November a couple of miles west of the starting point. (An extra recording from the Aveley Marshes by the Thames estuary was added in December.) 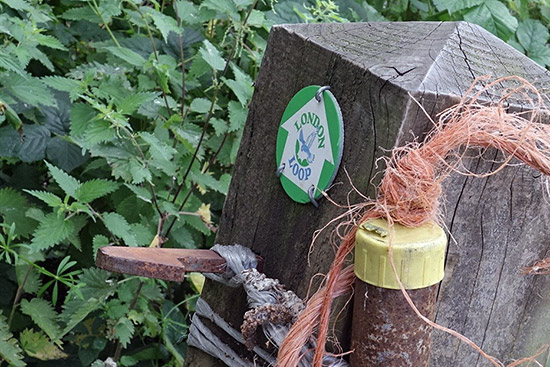 From around 270 recordings made in total, I judged 52 to be tolerable, and these have been organised and presented as an interactive sound graphic. A daisy chain of blue arrows plots the route of the footpath. Each arrow shows which way the mic array was facing for its recording and, roughly, where it was made. Clicking an arrow pulls up the entry for its individual recording. 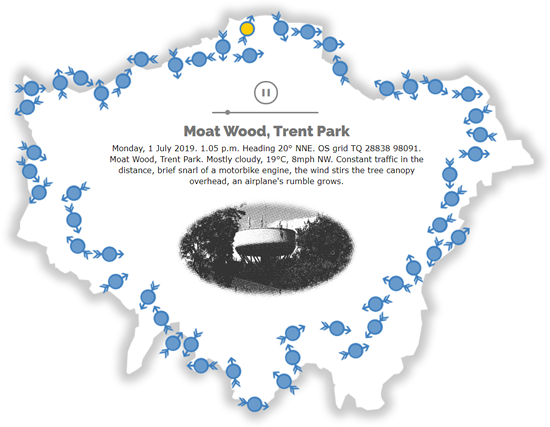 Some people are tickled by the solemn inclusion of lots of recording details, collectively called metadata, so there’s plenty here to keep them happy: time, date, GPS position, location, description, and weather. There are other reasons to note such things, but more on that in a later blog post.

Sometimes the Loop climbs onto high ground from which impressive views can be had of London. Here’s the city seen from near Chigwell to the north-east. There are other good vantage points among the Downs to the south. 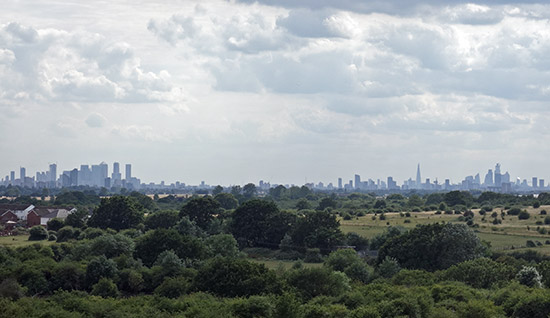 Each recording has a photo to go with it, taken at or near the recording point. For a stylised look, a coarse-grained screen filter was applied in GIMP as if the photos were appearing in a hot metal-era tabloid. (This had been on my mind after conducting a straw poll at work which confirmed that no one there under 40 reads newspapers.) 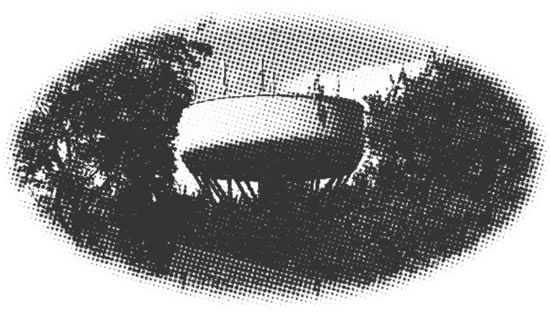 In December I had a half-hour program of Thames recordings broadcast by BBC Radio 3 (this link should work up to the middle of January 2020) and it made me wonder whether anyone would bother listening to a long-form field recording in the more obscure surroundings of a London Sound Survey webpage. So, as an experiment, I’ve edited together all the London Loop recordings into a single file of 48 minutes and made an an arty-looking, minimalist webpage for it. Server logs can show dwell times for individual webpages to compare interest in the sound graphic compared to the long player. 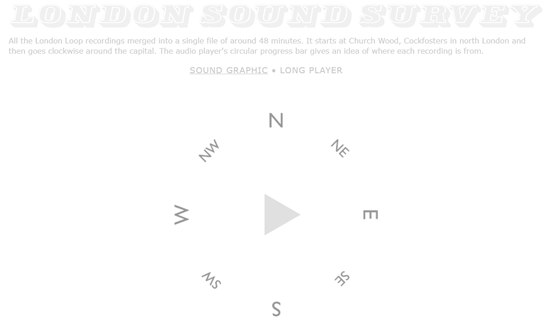 All recordings were made using a pair of Sennheiser MKH 8020 omnidirectional mics mounted inside a homemade acoustic baffle, pictured below. It’s a wooden kitchen chopping board with closed cell foam stuck on each side. The mics are fastened onto the foam blocks and in turn are covered by two port-side halves from Rycote Cyclone windshields. It fits via a camera plate onto a sturdy monopod and most of the time is carried around on the shoulder using a padded strap. 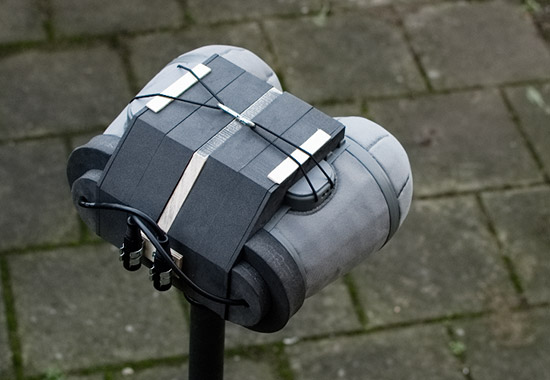 The Loop seems to be a tying-together of many different paths linked under a series of waymarkers, many of which are now missing or obscured by greenery. Sometimes it’s hard to follow and this isn’t helped by the poor directions given on the Transport for London website. Wrong turns sometimes lead to unexpected discoveries: seemingly abandoned country houses, mysterious civil engineering structures, a sloping field filled with a flowering crop like a flood of mauve.

It is interesting in parts, mundane or frustrating in others, and very occasionally ascends to grandeur. Walking the Loop gives the sense of being in parallel with but separate from the car-borne life of the suburbs: a journey inside the gap between the walls.