Owen Cooper, the Museum’s chairman, kindly took the time to demonstrate some of the self-playing instruments in the collection, and he told me a lot about their origins and how they work. 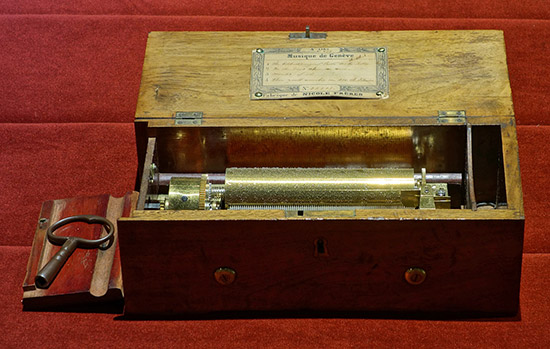 The photo above is of a Swiss musical box made around 1840, and it’s one of the smaller items in the Museum. It’s showcased in the feature along with four other larger (and louder) instruments, including a reproducing piano and a thirteen-foot-tall orchestrion.