ANOTHER ADDITION to Street Cries of the World: Isaac Belisario’s Sketches of Character, published in three parts in Jamaica between 1837 and 1838.

There are twelve of Belisario’s illustrations in all, with largish amounts of explanatory and descriptive text about them. Seven show dancers, musicians and costumed people who take part in holiday processions (there is no mention of carnival, maas or j’ouvert): 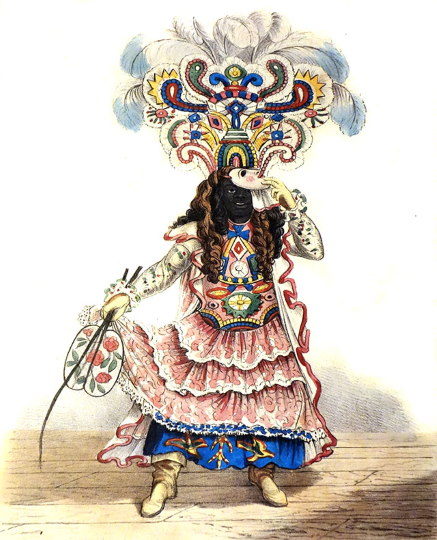 Four more illustrations show itinerant traders. There is a milkwoman, a chimney sweep, a seller of bouquets, and a pair of sellers of water-jugs, shown below: 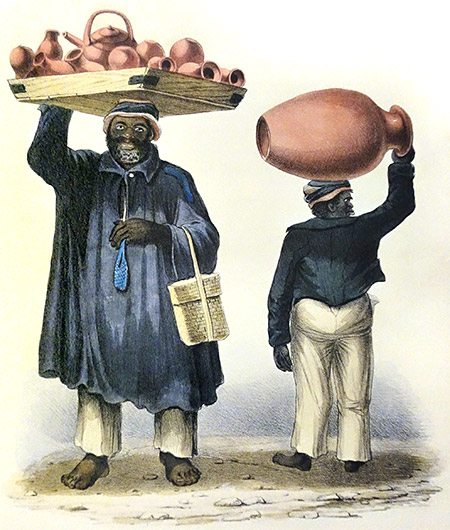 The final picture shows and compares four creoles with Belisario venturing briefly into a naive physical anthropology. Black women are elegant and graceful when they’re young, and ‘must always excite admiration’, but they become ugly when they grow old. A young man has a ‘strong African cast of countenance’ even though both his parents are creoles. Upbringing may have something to do with this.

Belisario’s observations are otherwise detailed and often interesting. A vein of condescension also runs through it all: even an agreeable personality will be realised through the social structures of its time.