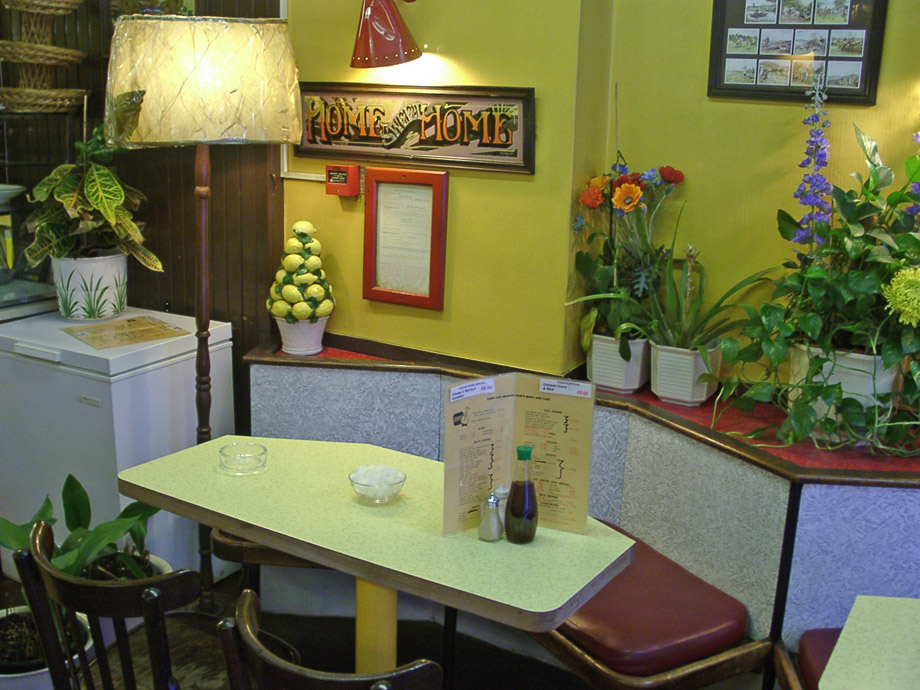 The New Piccadilly was a well-known cafe in a back street just to the north of Piccadilly Circus. Its exact address was 8 Denman Street, but due to some quirk in my mental map of the area I would sometimes make a wrong turn and have to retrace my steps. 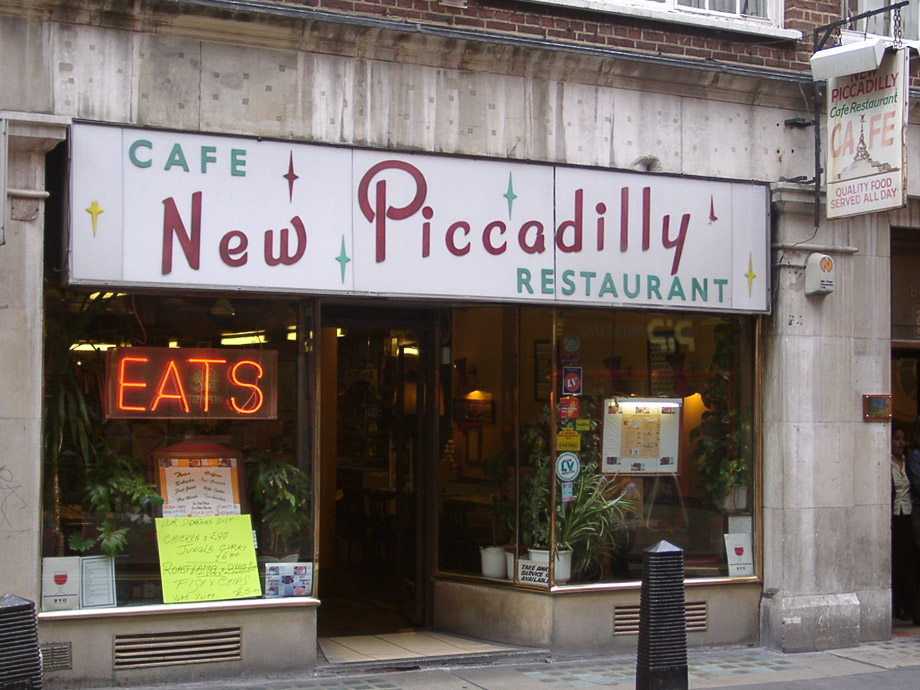 It was an exceptionally attractive cafe, from the coffee machine painted the same shade of pink as Lady Penelope’s Rolls Royce in Thunderbirds, to the yellow formica table tops traced through with a sinuous pattern like curls of cigarette smoke. Lorenzo, the owner, had run it since the 1950s. 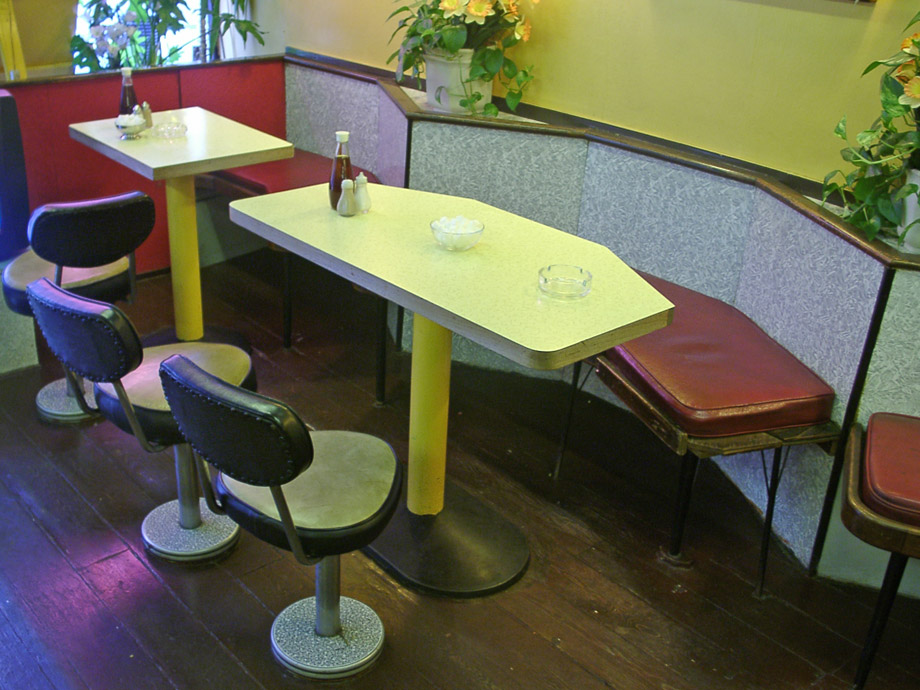 Nearby, towards the southernmost end of Regent Street, had stood a department store called Swann & Edgar where my uncle worked as a floor manager. Occasionally my mother took me to see him at his work and afterwards we’d go to a nearby cafe where I’d have a banana split as a treat. It’d be nice to think the cafe was the New Piccadilly but this seems too good to be true. The place I was taken to also had an orange squash machine with a perspex tank on the top full of squash. Inside this, two metal agitating arms spun slowly and a plastic orange bobbed on the surface. I think it unlikely Lorenzo would have tolerated the presence of such a gadget. 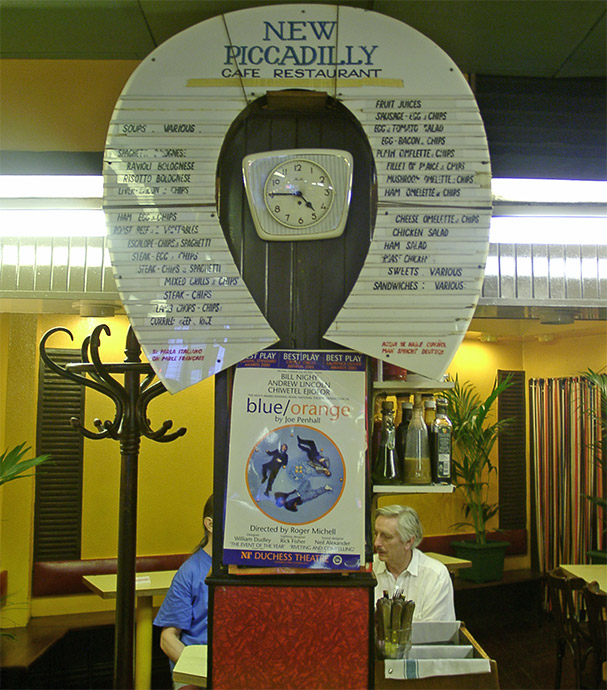 Lorenzo required his staff to wear starched white uniforms like ship stewards. Angled lighting directed illuminated pools onto some of the seats and tables and, wherever you looked, there some small ornament or decoration. 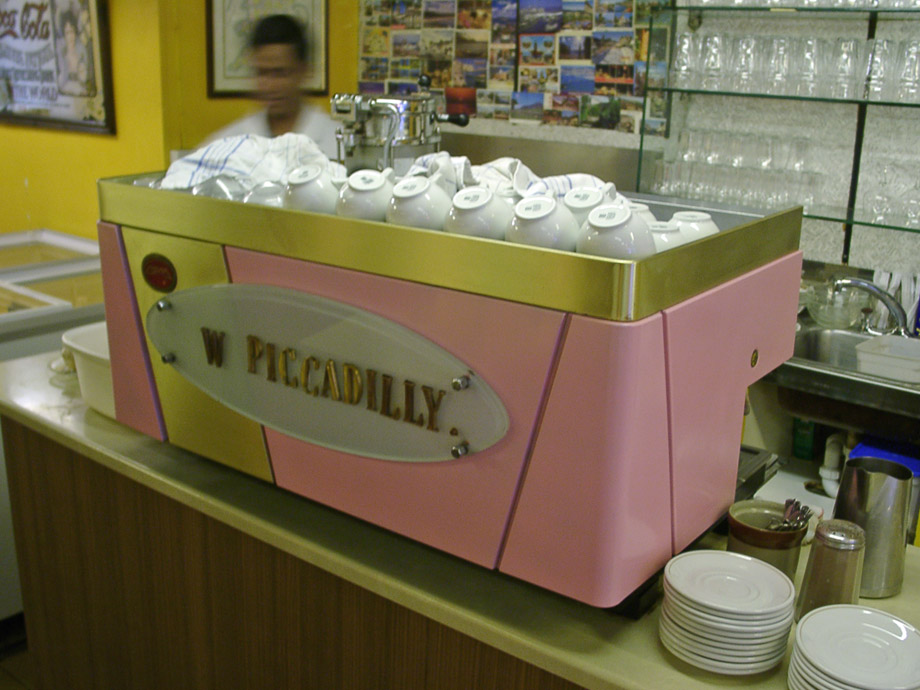 The New Piccadilly closed in late 2007 and I think it a terrible shame that no-one saw fit to grant it Listed Building status. Like the Golden Egg on Haymarket, with its egg-shaped menus and interior lit up like a Roger Corman film set, the New Piccadilly was one of the best representatives of its era and its closure represents a genuine loss to the city.