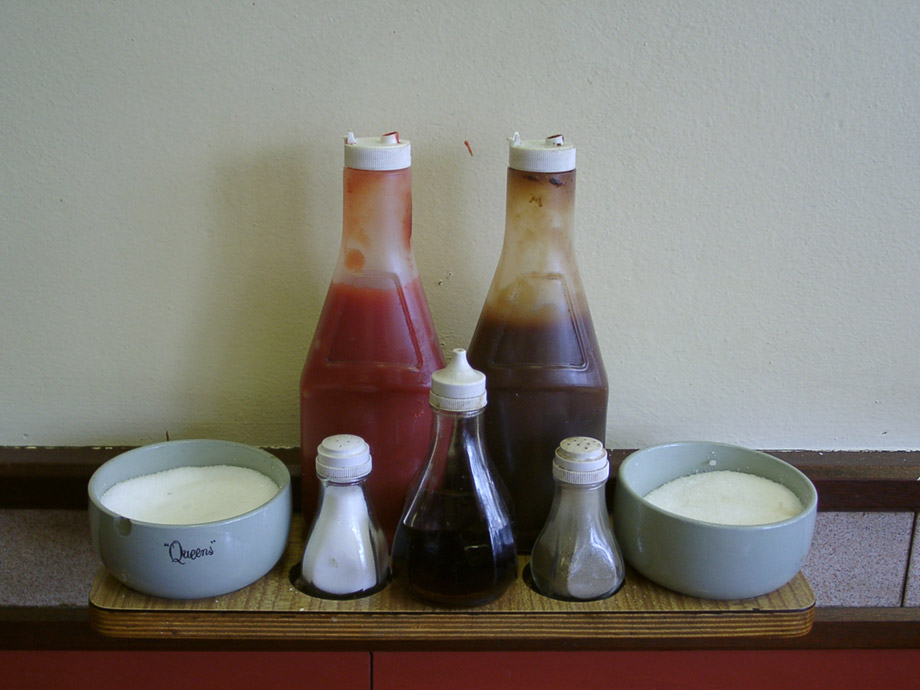 The Modern Snack Bar was on Pentonville Road by the junction of Kings Cross Bridge, possibly one of the least healthy spots in London in terms of air quality and the physical condition of many of its habitués. However, all this could be forgotten once you were inside the cafe, which extended back a surprisingly long distance.

I found the owners to be talkative and approachable, which seemed only fair given the amount of money I’d spent in there since the early 1980s. They told me proudly that they’d once had another cafe somewhere off Piccadilly where Princess Diana was a regular customer in her pre-marriage sloane ranger days. The cruet sets were brought from there to Kings Cross: the sugar bowl bears the name “Queens”. 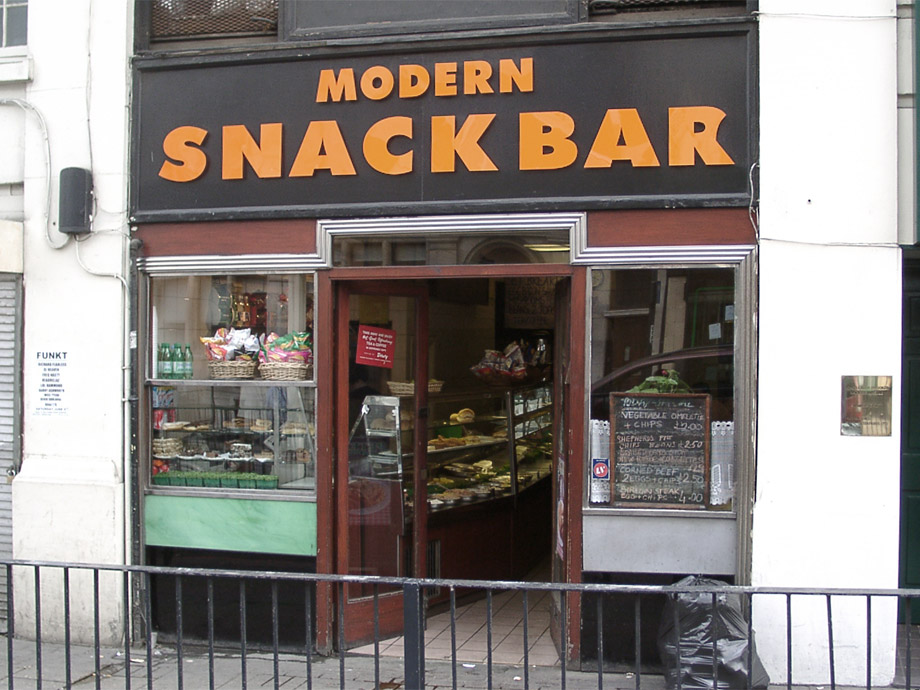 The orange plastic lettering was a recent feature in 2001. Only a year or so before the Modern Snack Bar displayed a much more attractive sign with Art Deco-style raised letters on a green vitreolite background. Why had they changed it? Something was said about the local development agency encouraging them to do so. In later years the cafe somehow lost more than half its floor space and the interior became brighter and less cosy. It was no longer a place to relax in.

Immediately to the south was the Scala Cinema, popular for its all-nighter sessions when it screened Russ Meyer films and enjoyably ludicrous fare like Plan 9 from Outer Space and Wild Women of Wongo. You could of course smoke in cinemas then, the only limitation being a no-smoking area which made as much sense as having a no-pissing end in a swimming pool. Some young cinéastes were occasionally sniffed out and ejected for trying to enhance their critical faculties by furtively smoking Lebanese hash.