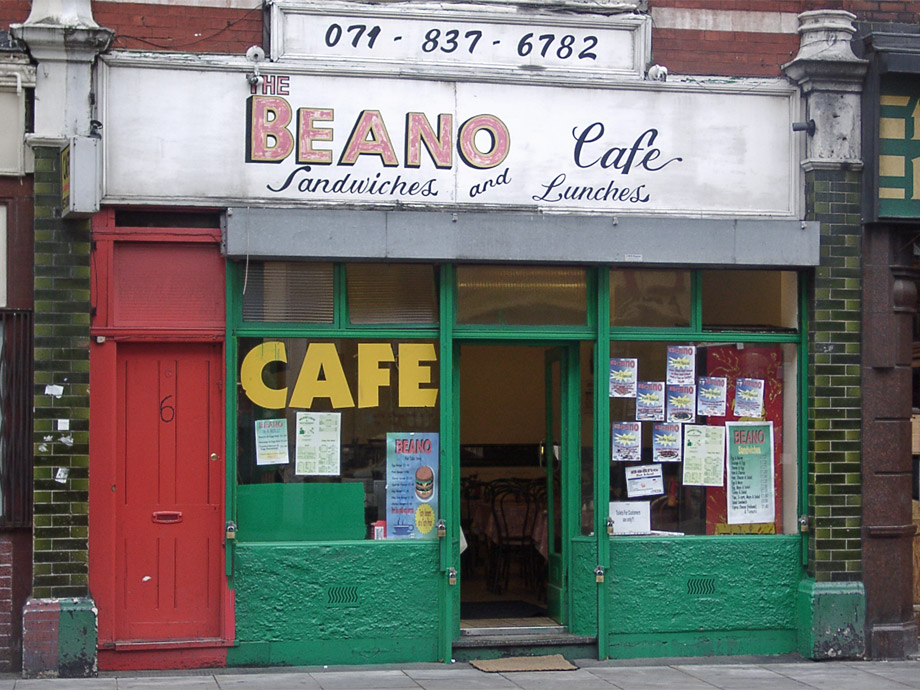 The Beano was at the southern end of Caledonian Road and underwent regular alterations to its signage and outside paintwork. The staff were cheerful but the food was very greasy and had to be chased around the plate with the fork. I only ate there once or twice. Immediately to the right was the Flying Scotsman pub, now refurbished and returned to its original name of the Scottish Stores. Back then the Flying Scotsman was a strippers’ pub and had a clientele drawn from the ranks of disoriented tourists, some of the area’s more recognisable beggars, the curious, and those who tried to get as close as possible to the little stage. Once in the front row, these men gazed in wonder at each woman as she went through her routine. A respectful round of applause followed every act and one of the strippers would go around the pub with a pint tumbler to collect money. 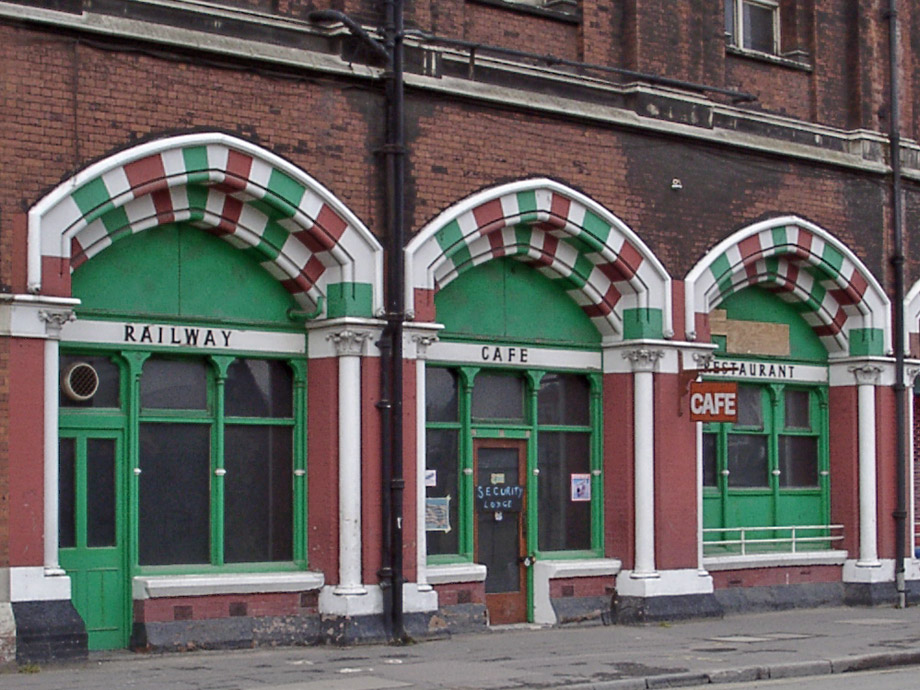 Before St Pancras station was reinvented as an upmarket Eurostar terminal, the arches beneath it were occupied by various small enterprises, including taxi garages and cafes. Further north, the arches grew into an extensive subterranean warren of tunnels. One of the cafes, the name of which I can’t remember, overlooked Euston Road, the other was the Railway Cafe on Pancras Road. The Railway Cafe was closed quite early during the station’s redevelopment to be used as a headquarters for the site’s security guards. This marked the end of the cafe’s life, which had been run by the same family since the late 1950s. The inside was plain, clean and quite roomy. 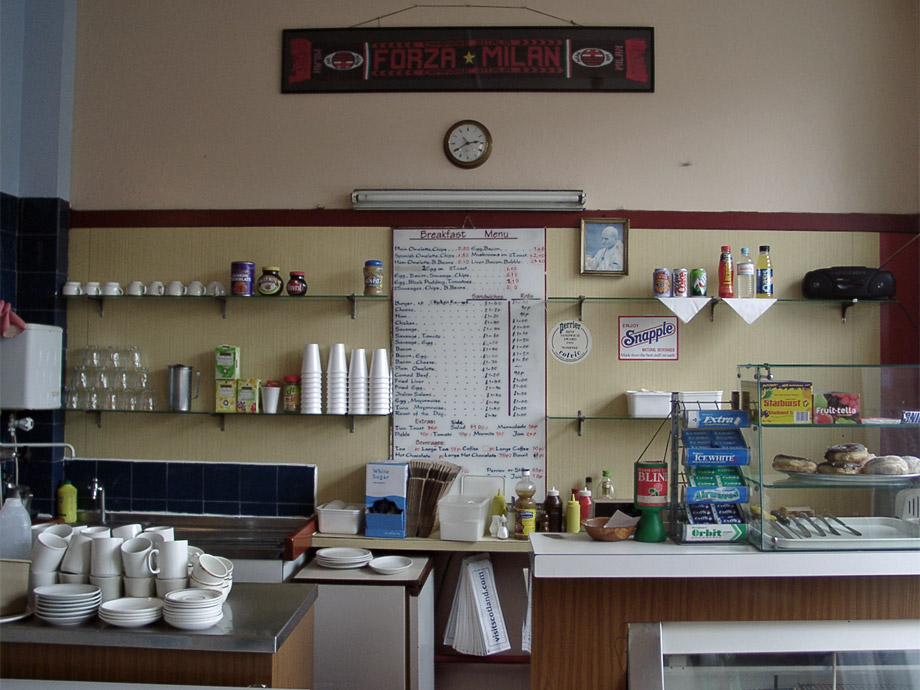 The area to the north of Kings Cross has changed out of all recognition in recent years, while developments east of York Way have been more piecemeal. Housman’s Bookshop on Caledonian Road still hangs on, while the Continental Food Stores deli has closed for good following a brief afterlife as some kind of art gallery. The Ancient Black and Mole Jazz record shops have gone. The hegemony of pricey hamburgers, once confined to south-west London, continues its expansion into Kings Cross with branches of Five Guys and Honest Burgers. 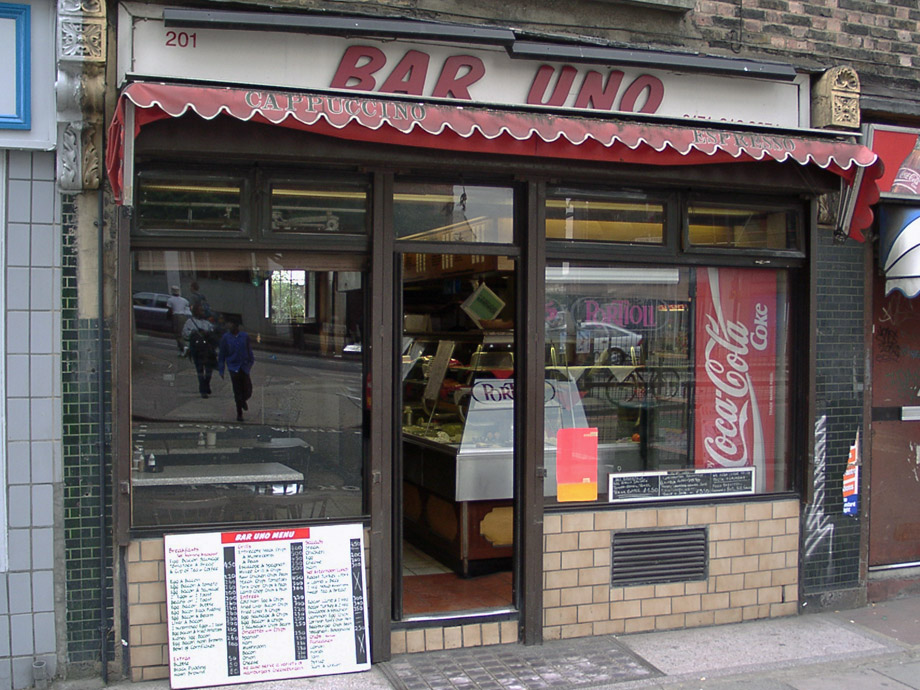 Nearby, on Kings Cross Road, was Bar Uno run by a nice Italian lady named Maria. The premises had a long history of cafe use, operating in earlier years as the Beehive and, in the 1950s, as the A1 milk bar. 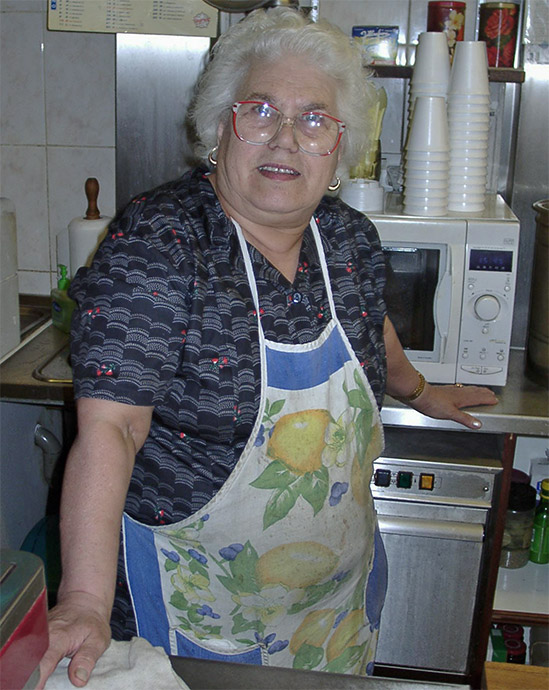 Maria had filled her snack bar with small mementoes of Italy, like this plate depicting Ravello on the western coast around thirty miles south of Naples. I forgot to ask her whether she herself was originally from Ravello. The majority of Italian cafe owners in London seemed to come from the south of Italy. Her son eventually took over the running of the snack bar and it’s still there today under a new name. 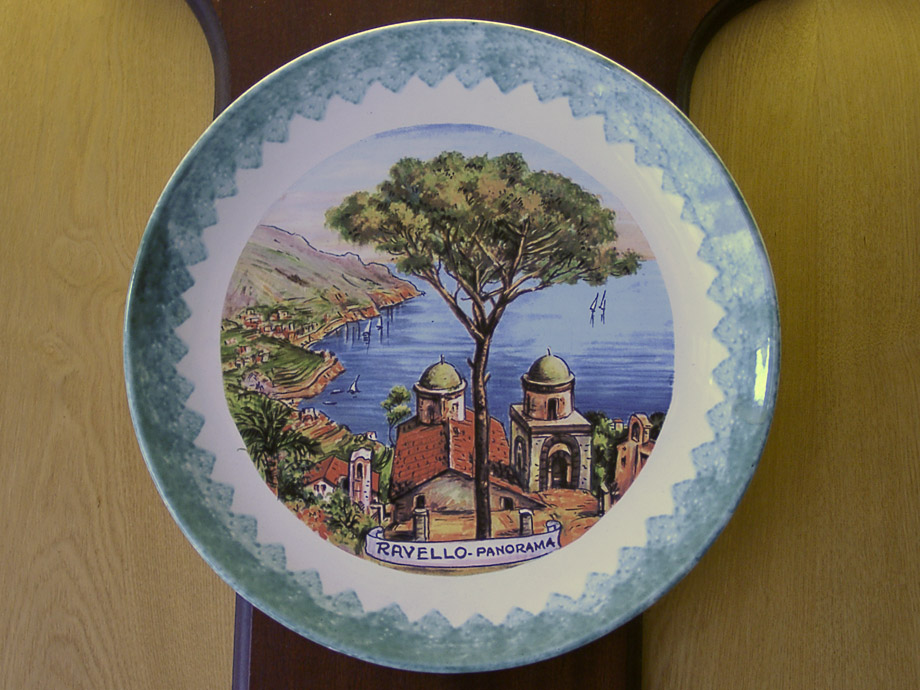 The words ‘dining rooms’ in a London cafe’s name suggests an origin in the pre-Second World War period. As well as the Times Dining Rooms of Hammersmith, mentioned in the introduction, a ghost sign for another set of dining rooms can still be seen above the Corner Cafe on Queenstown Road in Battersea. Simmons of Caledonian Road with its vintage sign, reminiscent of the type used by some pie and mash shops and the old Kennedy’s butchers shops in south London, may have had a similarly early beginning. By 2001 it had closed but curiously seemed immune to being taken over and remained shut for several years. Perhaps some kind of legal complication was the reason. 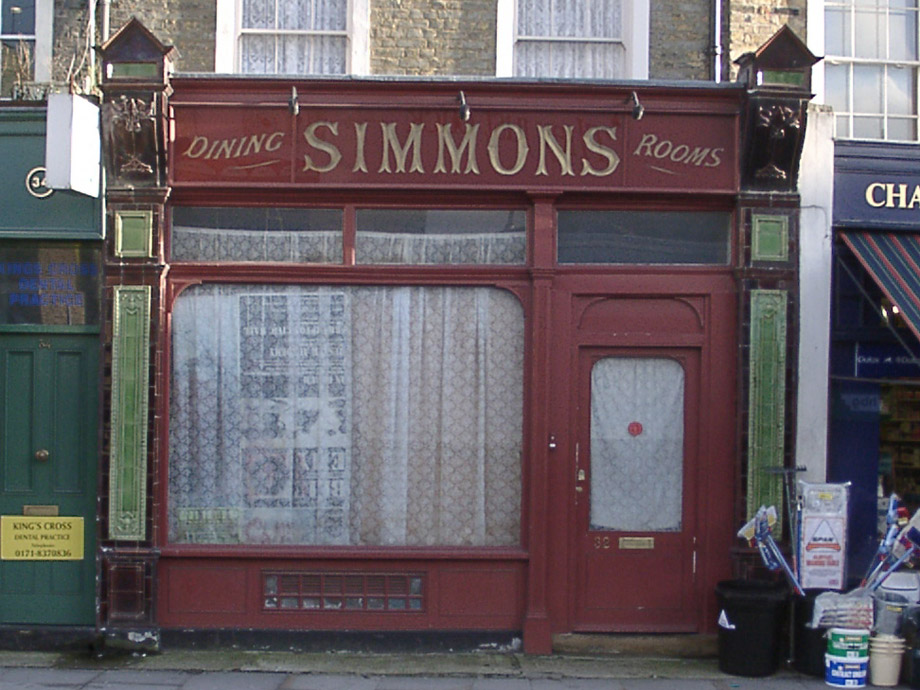 Today, Simmons is now a small bar and the current owners have had the presence of mind to keep the original name and sign.