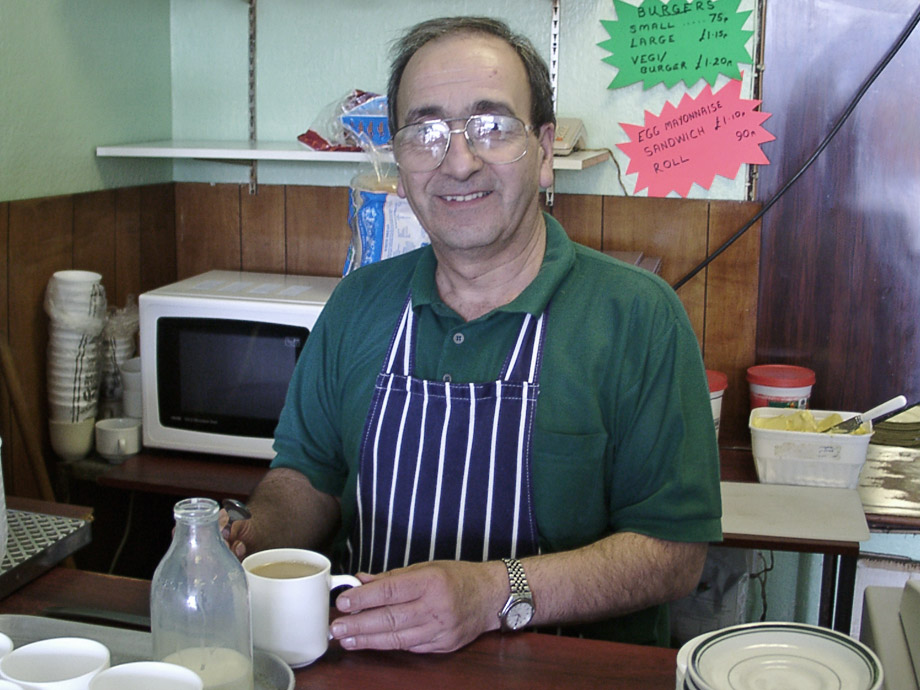 George’s Restaurant was on York Way in Kings Cross near the junction with Wharfdale Road. By the time I got there the business had been passed on to Andy (pictured above) who I think was George’s son-in-law. Andy was a friendly man and I liked going in there. With its sun-scoured Pepsi sign and clean, plain interior, George’s looked like many workmen’s cafes from the 1970s but, because of its location, it attracted a varied clientele. 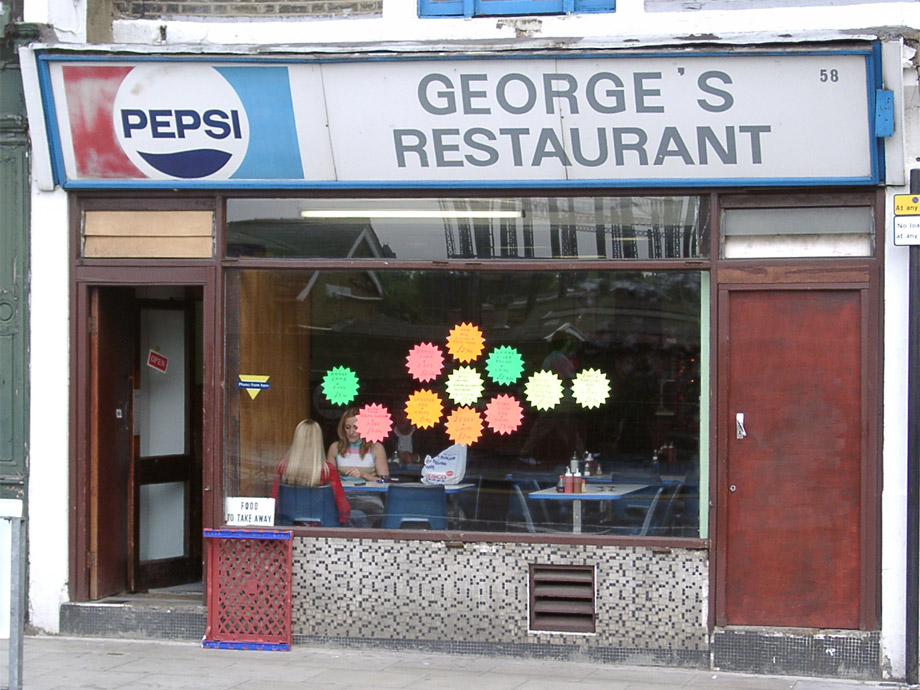 Andy told me that he had regular customers from a nearby dance studio, in the past including Tamzin Outhwaite, who by the time we spoke was appearing in EastEnders. Then there were office workers and staff from Kings Cross station, even a few tourists. Years before, there had also been prostitutes coming in for something to eat before they started their work in the evenings. “They were nice clean girls back then,” Andy said, “not like the ones you see now, the state of them.” 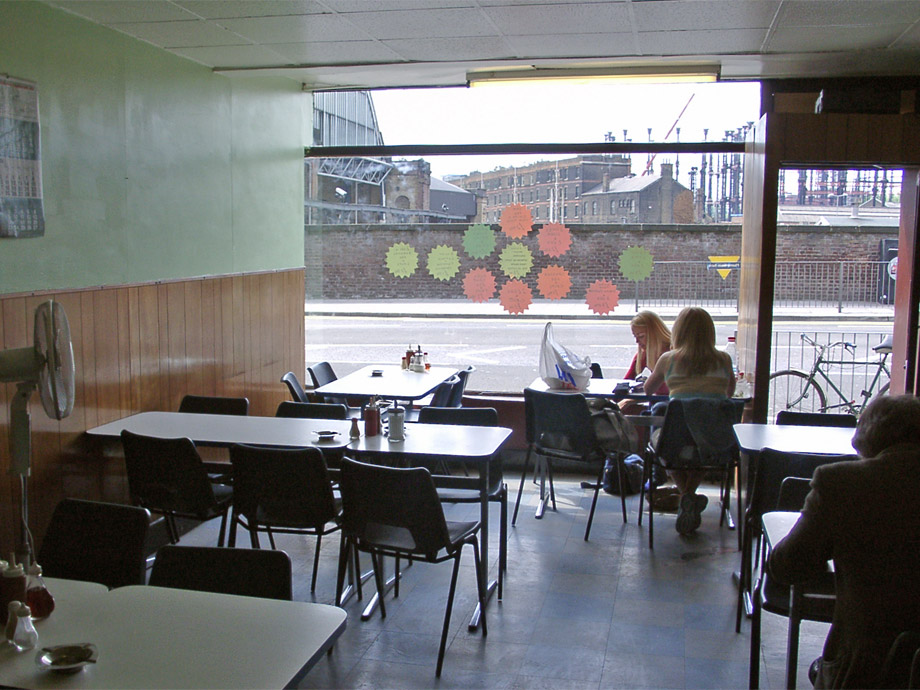 From inside, you could look westwards to the Kings Cross gasholders and the old tenement blocks along Battle Bridge Road. These were demolished in 2008 and George’s Restaurant went around that time too.