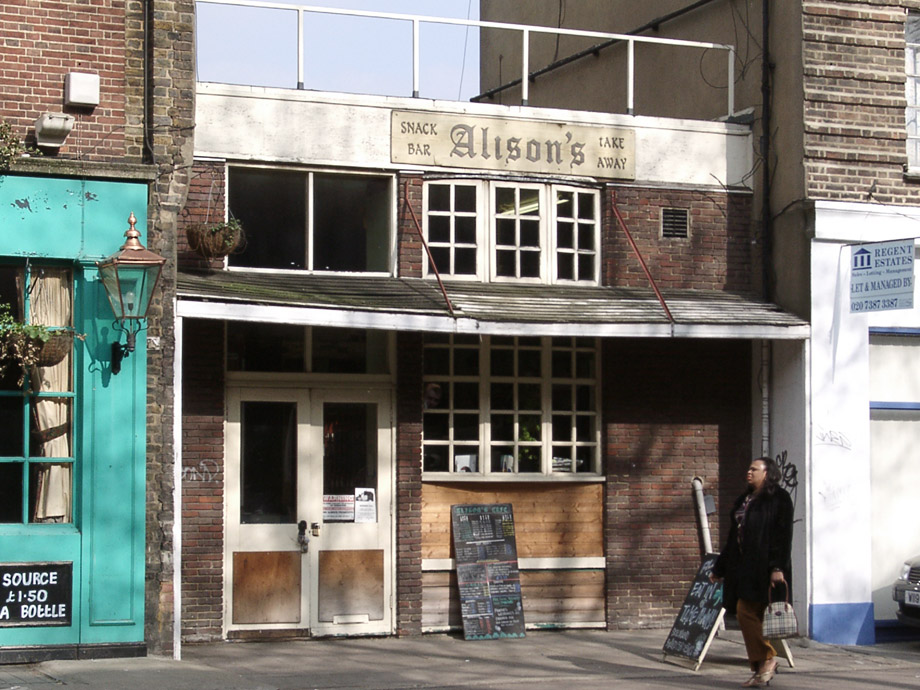 In the mind’s eye of a developer, Eversholt Street is the hub of the vibrant EuHu Quarter, filled with fashionable boutiques and coffee bars decorated inside with signs reminding customers they can Relax, Chill, Nourish, Refresh, Imbibe, and Energise. Perhaps similarly instructive words could be displayed in the bogs?

The real, current Eversholt Street forms the eastern boundary of Euston station, which presents a generally featureless wall along much of the street, punctuated by nondescript staff-only doors and a goods entrance. Opposite is a terrace with pubs, shops, cafes and offices on the ground floors, and flats above.

Alison’s cafe, pictured above, was towards the north end of the street. It had a curious arrangement inside with a raised floor at the rear of the premises on which there were maybe three or four tables. It was tidier inside than you might expect from its exterior. 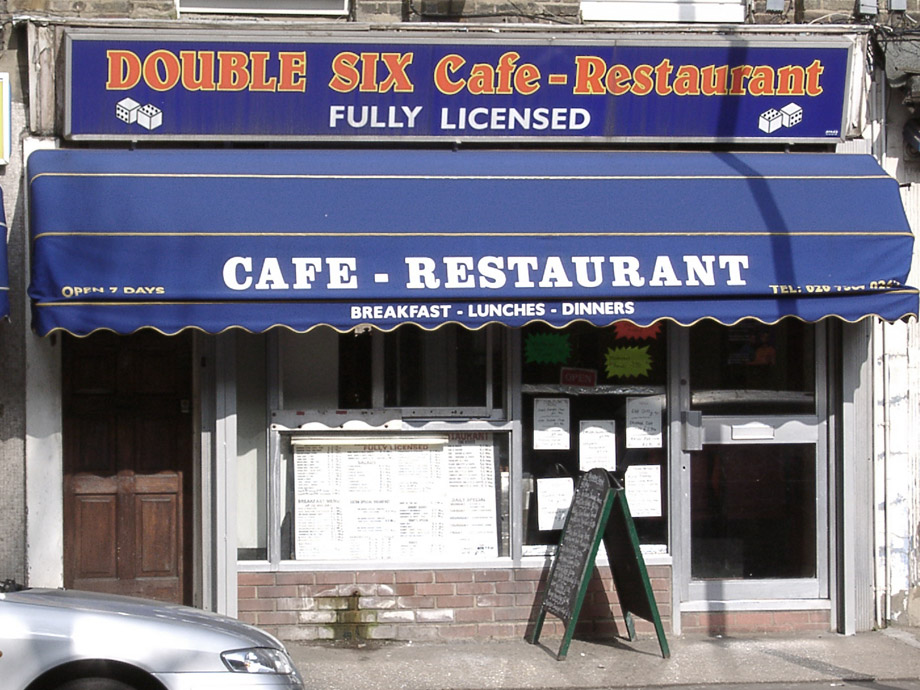 The Double Six is a long-established cafe that’s still around. The counter is on the left-hand side as you walk in, and there’s fixed padded seating upholstered in green hide-effect vinyl. A single step goes down to a rear seating area which has a cosily conspiratorial feel. The Double Six is popular with cab drivers.

Some years ago I had the pleasure of meeting Adrian Maddox, responsible for the Classic Cafes, a gem of the internet’s golden years before the social media treadmill got started. Adrian was a witty raconteur and made for good company. He also had a huge tolerance for tea, drinking perhaps seven or eight mugs in the space of a couple of hours. I tried to keep up with him but, after we left and went our separate ways, I had to dart inside an alleyway near Chalton Street to expel a big whoosh of Thames-coloured sick. 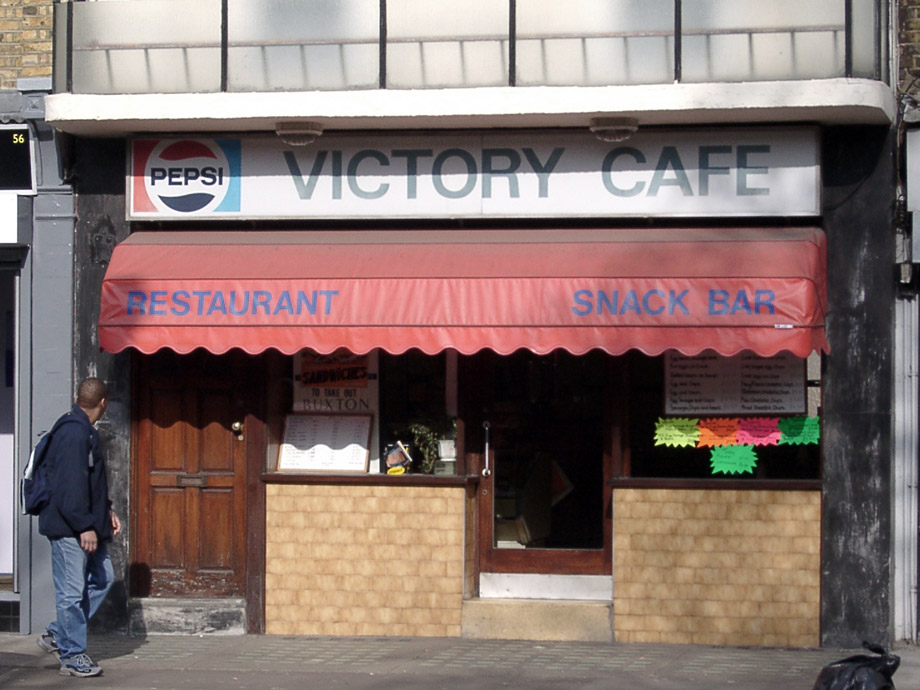 A little further south towards the Euston Road end is the Victory Cafe and, like the Double Six, it remains in business. A friendly Italian couple ran it, the husband being happy to talk with me about the business while his wife was more shy and preferred to stay in the kitchen at the back. A nearly full-size poster of Sophia Loren was stuck next to the kitchen door.