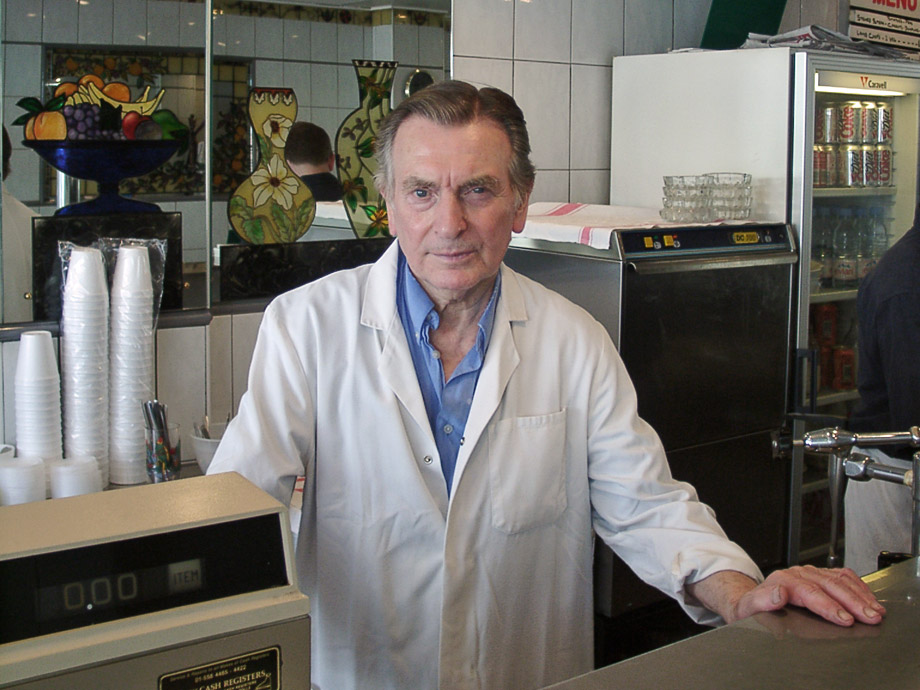 Arthur’s cafe on Kingsland Road has, in recent years, attracted the attention of several blogs and even gained itself a favourable review by the Guardian newspaper. It’s one of three best-known cafes in east London. The others are the Market Cafe in Fournier Street in Shoreditch, made famous by Gilbert and George’s patronage but now sadly closed, and the beautiful Pellici’s in Bethnal Green Read, happily still going. I made a recording in the latter which you can hear on this page – you’ll need to scroll the box to the right of the map almost down to the bottom.

It’s the only cafe here from east London, which is partly because the photos of the few others I visited turned out particularly poorly. One of them was the Montgomery Cafe on Bethnal Green Road near the junction with Redchurch Street. Like the Market Cafe, it has now gone. The other reason is that I have never known east London well, having no friends there and no family connections other than a great-grandfather who worked at the London Hospital in the late 19th century.

The man in the photo above is Arthiur Woodham, looking confident and self-possessed in the premises where he’s worked since 1948, following on from his father. It was the early afternoon when I called round and the lunchtime rush had just come to an end. A couple of customers were about to leave, chatting with Arthur and saying their goodbyes. 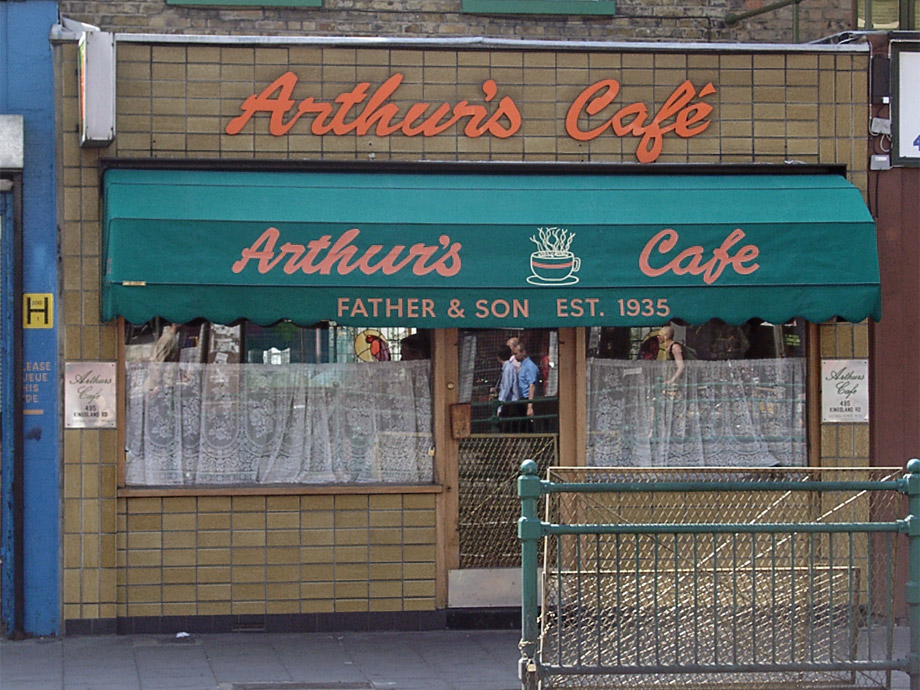 The interior had been refurbished perhaps a few years before, looking clean and quite prosperous in the way that some of the cafes in the City do. The menu had reassuring staples like shepherd’s pie, stews, and liver and bacon, as well as fry-ups. If only more places did this kind of food! The walls are decorated with pictures and this small stained glass window, depicting a macaw, lets light in from the back of the cafe. 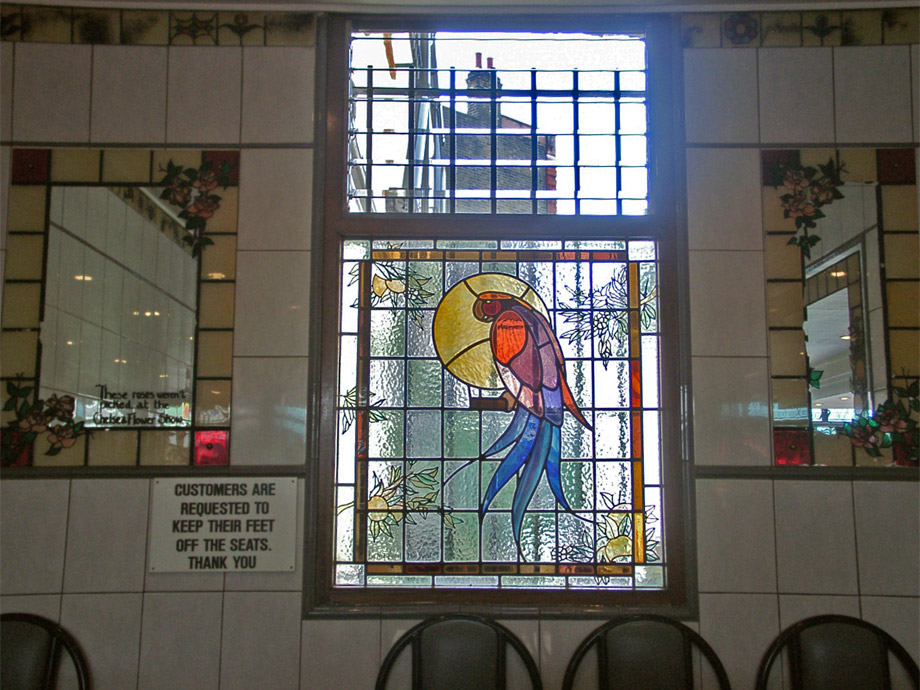 Arthur’s son is involved in the business, so with luck this fine cafe will be around for many more years.