SOUNDS OF
THE MUSICAL MUSEUM

BRENTFORD IN west London has a number of fine sonic pleasures arranged in a rough arc along the river: the grunts and gurgles of the London Museum of Water & Steam, the echoing noises of work among the boatyards at the mouth of the river Brent, the croaking of parrots in the small zoo at Syon Park and the tidal waves of jet noise made epic and surreal in the surroundings of its Great Conservatory. But the Musical Museum has the starring role.

I was particularly keen to record some of the automatic or self-playing musical instruments which are at the centre of the Museum's activities. Such machines work from the tangible physics of their parts, of cams and gears, springs and resonating spaces. This holds out the promise of at least some intuitive understanding, unlike the abstract realms of information and computation involved in digital sound. The instruments also need to be seen as well as heard. There is a correspondence between the sounds they make and their appearance which is both aesthetic and functional. The delicate notes of a musical box match its ornamentations of marquetry and engraved metal. 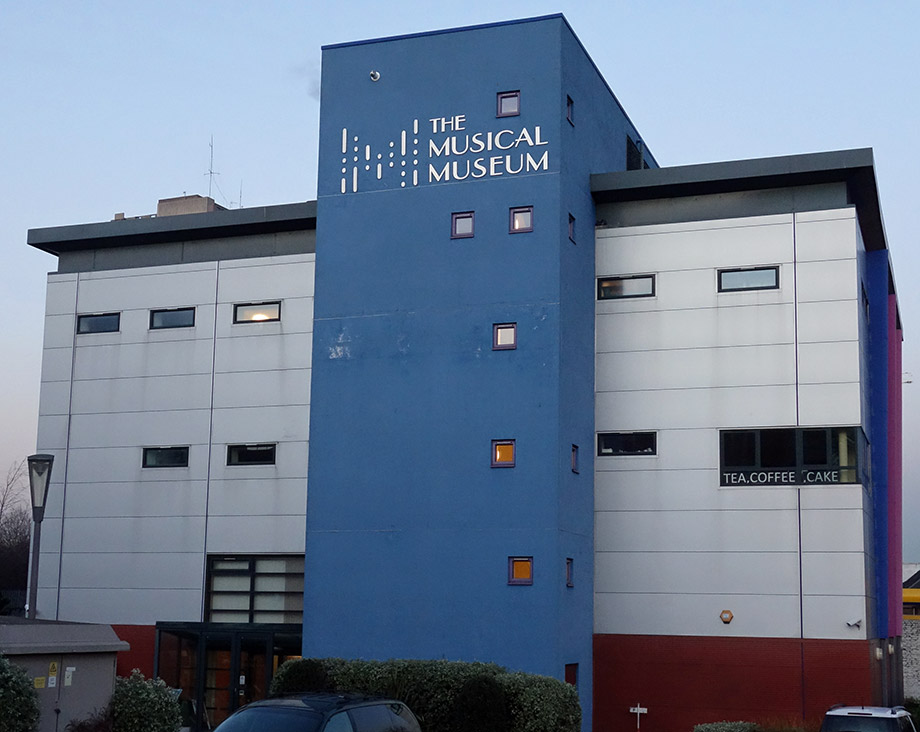 Owen Cooper, the Museum's chairman, kindly agreed to demonstrate some of the instruments one weekday afternoon and to tell me more about them. This feature showcases five instruments, ordered according to when they were made: the Musical Box, the Orchestra Box, the Orchestrion, the Violin Machine, and the Reproducing Piano. Together they span a century's worth of development and invention.

The Musical Museum has other attractions, such as regular film screenings, dances and concerts. The Wurlitzer organ, built in 1929, accompanies many of these events in the main hall. The organ had entertained audiences for forty years in the Regal Theatre, Kingston-upon-Thames before finding a new home in the Museum. What a single photograph can't show is that its internal lights drift through all the colours of the spectrum. 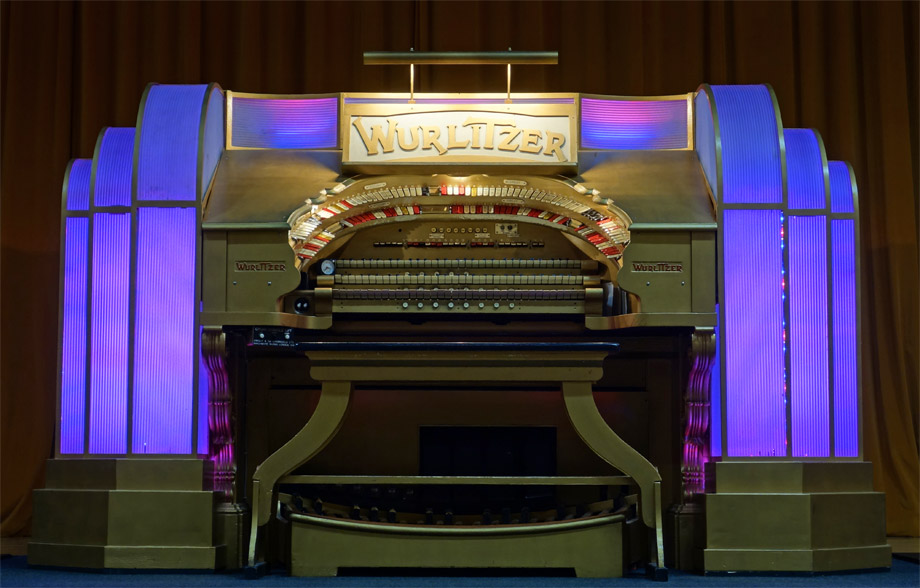 The Museum is open on Fridays, Saturdays, Sundays and Bank Holiday Mondays, and its website is here. The nearest train station is Kew Bridge, with frequent trains from Waterloo, and the nearest tube station is Gunnersbury on the District Line. Many thanks to Owen Cooper and Ginette Kentish for their help in making this feature.